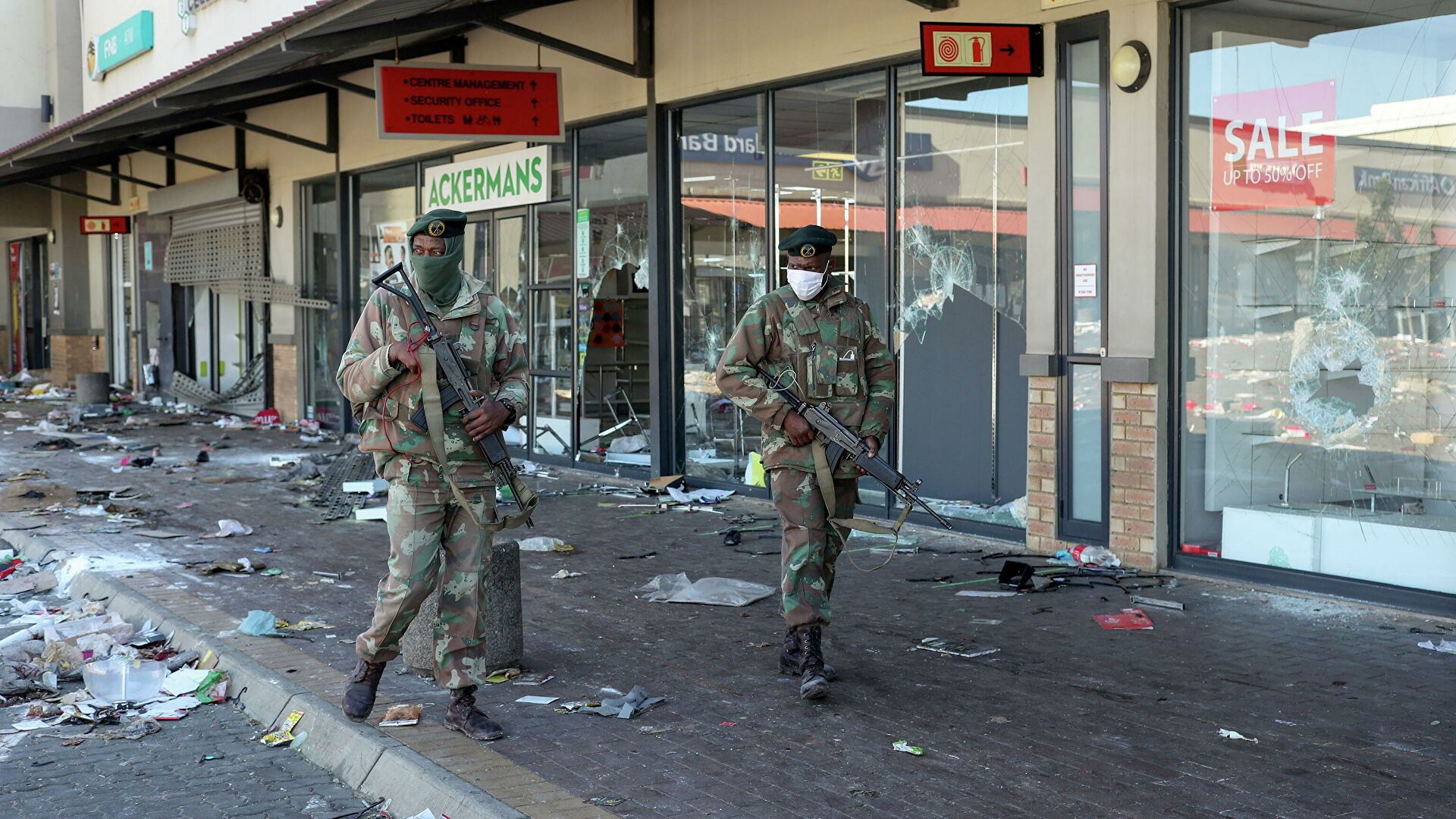 The death toll from recent riots in South Africa has risen to 276, and police are investigating 168 cases for murder, a cabinet minister said on Wednesday, Reuters reported.

The unrest started as protests over former president Jacob Zuma's jailing two weeks ago in his home province of KwaZulu-Natal. But it quickly escalated into arson and looting, and spread to Gauteng province where the biggest city Johannesburg is located.

The scale of the destruction and loss of life, which was fuelled by poverty and inequality that persist almost three decades after the end of apartheid in 1994, is still becoming clear. The death toll had stood at 215 on Monday.

Khumbudzo Ntshavheni, acting minister in the presidency, told a news conference there were now 234 deaths linked to the unrest in KwaZulu-Natal and 42 in Gauteng.

Authorities have managed to bring the violence under control. But the economic cost is estimated at 20 billion rand ($1.37 billion) in KwaZulu-Natal alone, as 161 shopping malls, 11 warehouses and eight factories were extensively damaged. The extent of the damage in Gauteng is still being collated.