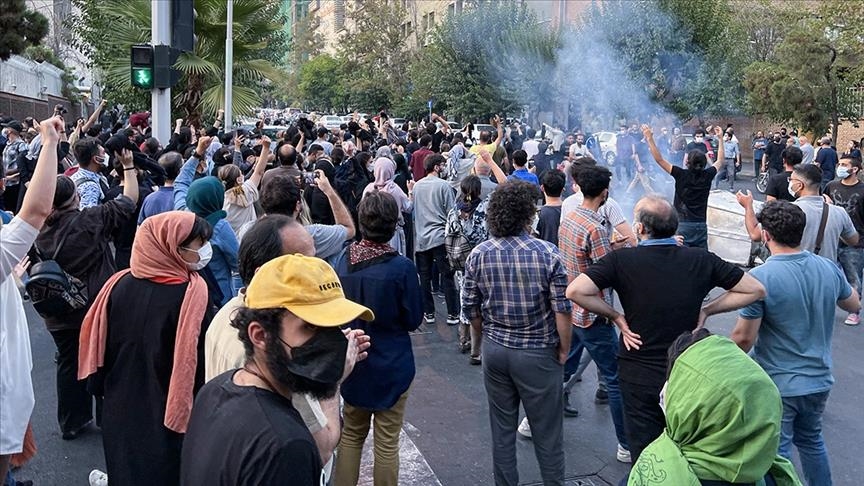 The death toll from the ongoing protests in Iran sparked by the death of a young woman in police custody has risen to 458, according to a Norway-based rights group, News.Az reports citing Anadolu Agency.

“At least 458 people including 63 children and 29 women have been killed in the ongoing nationwide protests in Iran,” the Norway-based Iranian Human Rights said on Wednesday.

The most deaths were reported in Sistan and Baluchistan, Kurdistan, Tehran, Mazandaran and Kermanshah provinces, according to the nongovernmental organization.

“Iran Human Rights considers the execution of protesters to be in violation of all human rights laws and standards, and calls on the international community to react appropriately,” it urged.

Iran has seen widespread protests in recent months following the death of a 22-year-old woman, Mahsa Amini, in the custody of Iranian morality police.

Thousands of people have been detained, according to human rights groups, while more than 200 people have died, as acknowledged by the Iranian Interior Ministry last week.

On Thursday Iran executed a prisoner convicted for a crime allegedly committed during the ongoing nationwide protests, the first such death penalty carried out by the country, according to local media.

The execution was ordered for Muhsin Shikari, who according to the Mizan News Agency, affiliated with Iran’s judiciary, “threatened citizens with a cold weapon and injured a security guard during protests on Sattar Khan Street.”

Shikari was given the death penalty on Nov. 20 and the execution was carried out on Thursday morning.