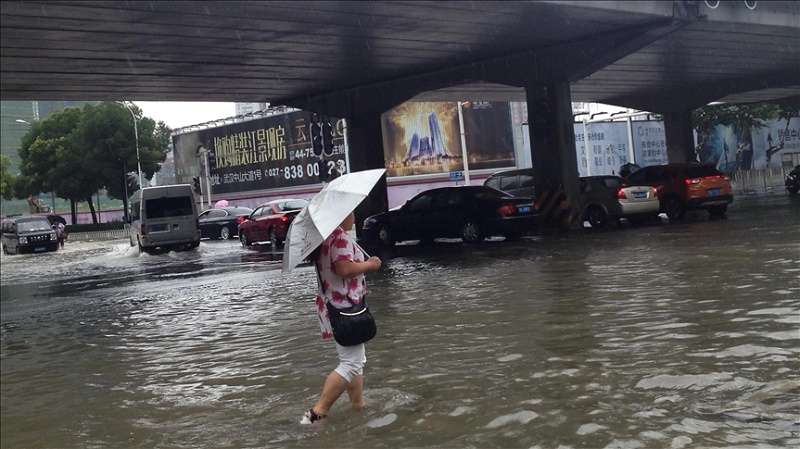 The death toll due to the unprecedented floods wreaking havoc in the world’s most populous country China has hit 99 on Thursday.

According to official statements, raging floods have so far killed at least 99 people in the country's Henan state.

While the water retreated in some regions of the state, overflows still continue in some provinces, with aid and cleaning efforts currently underway.

Torrential rains have battered Henan’s capital Zhengzhou since last weekend, causing rivers to burst their banks and flooding streets in several cities in the region.

More than 1.2 million people have so far been affected by the flood.

The Zhengzhou Meteorology Bureau said earlier that 617 millimeters (over 24 inches) of rain has been recorded in the region -- the highest in 60 years.

China’s economy has incurred damages worth an estimated $11.3 million due to heavy rains and floods, according to the state-run Xinhua News Agency.