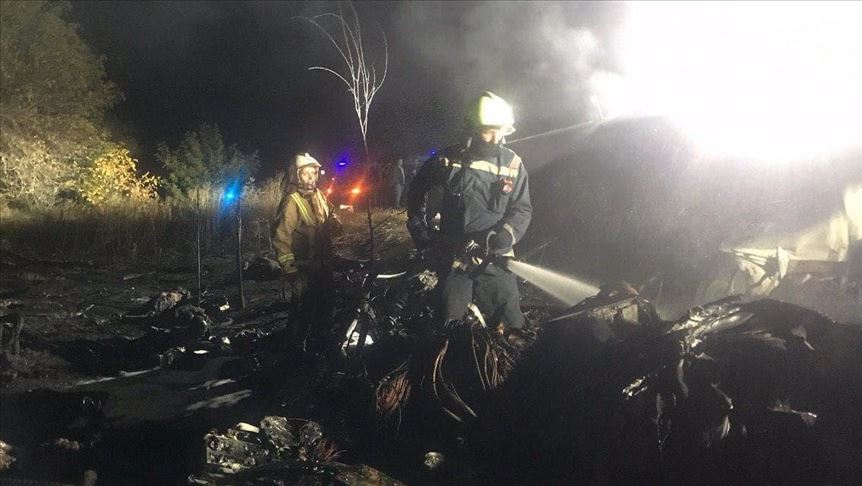 The death toll from a military plane crash reached 25, according to a statement by the chief prosecutor in Ukraine early Saturday.

The prosecutor’s office said an investigation has been launched into the crash of an AN-26 type military plane near Kharkiv that also severely injured two people.

Kharkiv Governor Oleksiy Kucher said the plane crashed while landing and the those who were injured jumped from the aircraft as it approached the ground.

Kucher also said the pilot notified officials before the crash that the left engine was not working, however, details would be learned from the investigation.

It was reported that crew members and Kharkiv University of Air Force students were aboard.

The State Emergency Service previously said 22 people were killed, two injured and four were missing but an update listed 27 people onboard.

The AN-26 aircraft of the Armed Forces of Ukraine crashed at 9.55 p.m. near the military airport in the northeastern area of Chuguiv before catching fire, the service said earlier.