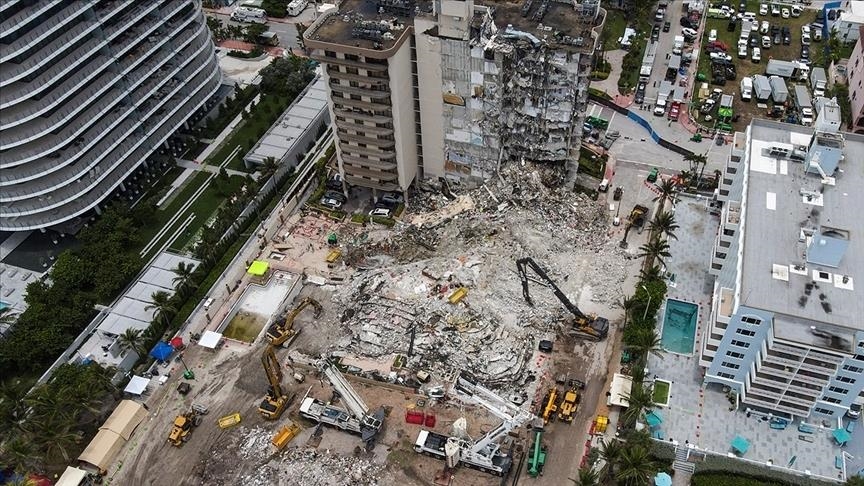 The number of victims pulled from the rubble of a collapsed condominium in a Miami suburb in the US state of Florida rose to 97 on Wednesday, said Miami-Dade Mayor Daniella Levine Cava, Anadolu Agency reported.

"It’s day 21 and our search & recovery efforts continue in Surfside. The total number of confirmed deaths is now 97 – a staggering, heartbreaking loss of life," Cava said on Twitter.

Of the 97 bodies discovered so far, 90 have been identified and 88 families notified, she said.

"Please continue to keep all those who mourn in your hearts & prayers," she added.

Around 20 people are believed to be unaccounted for and still underneath the debris of the collapsed 12-story building.