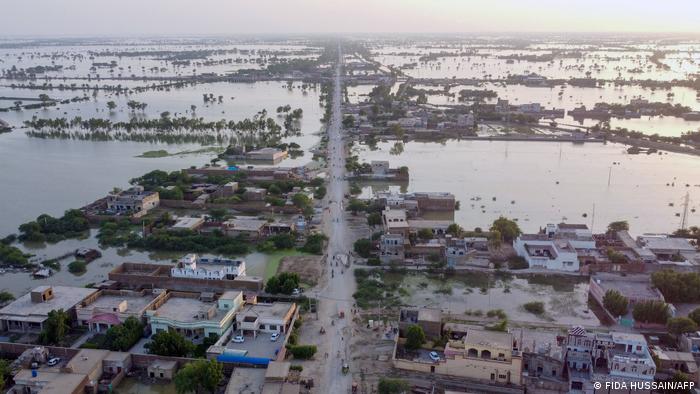 At least 10 deaths and over 50,000 house damages were reported in the past 24 hours, bringing the total number of casualties to 1,569 since mid-June, according to the country's National Disaster Management Authority’s latest data.

So far 801,633 houses have been completely destroyed while 1.2 million houses are partially damaged across the South Asian country.

A senior government minister on Wednesday regretted the slow response to the suffering of people in the flood-hit areas and said people are still facing a shortage of tents.

“Supply of tents is not sufficient and most of the people are making their own arrangements,” state-run Radio Pakistan quoted Railways Minister Khawaja Saad Rafique as saying during a meeting chaired by Prime Minister Shehbaz Sharif through video link from New York.

He requested the premier to launch a campaign involving celebrities of the country as the momentum of the national movement is not sufficient to deal with the scope of calamity.

“In my interactions with the world leaders on the sidelines of #UNGA Session, I apprised them of the flood disaster & highlighted the need for a collective action to deal with climate change," Sharif tweeted.

The prime minister is in New York to attend the UN General Assembly session.

The destructive floods affected millions of people in 81 districts across the country and thousands of them are living in tents.

Monsoon season in Pakistan, like in other countries in the region, usually results in heavy rains, but this year has been the wettest since 1961.