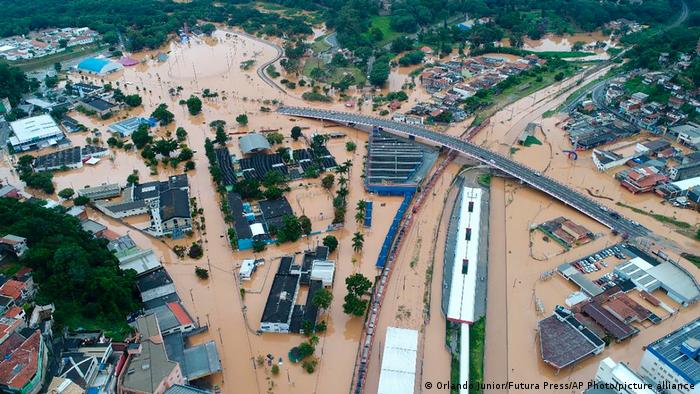 Around 51 people are still reported missing after the recent floods and landslides in Petropolis, north of Rio de Janeiro, according to the Agencia Brasil news agency.

Citing the police, the agency said that to date, 188 bodies have been identified.

According to local media, search and rescue efforts in the mountainous city of Rio de Janeiro continued for a ninth day, with the participation of 600 soldiers and 500 firefighters.

Footage on local media showed that in Petropolis, where heavy rains were seen, the streets were flooded again due to overflowing rivers in some parts of the city.

Rio de Janeiro civil defense authorities called on people to pay attention to announcements and to head to their relatives' homes or 13 schools which are used as shelters and currently accommodate 811 people.

More than 800 people have been housed in shelters after floods and landslides.

On Feb. 15, Petropolis experienced landslides in many parts of the city due to heavy rains.

Rio de Janeiro State Governor Claudio Castro had said that the region was exposed to its heaviest rainfall since 1932.

In just six hours, Petropolis saw the amount of rain it would expect in a month, authorities said Tuesday.

More than 900 people died in a flooding tragedy in the city in 2011 and more than 100 others went missing.