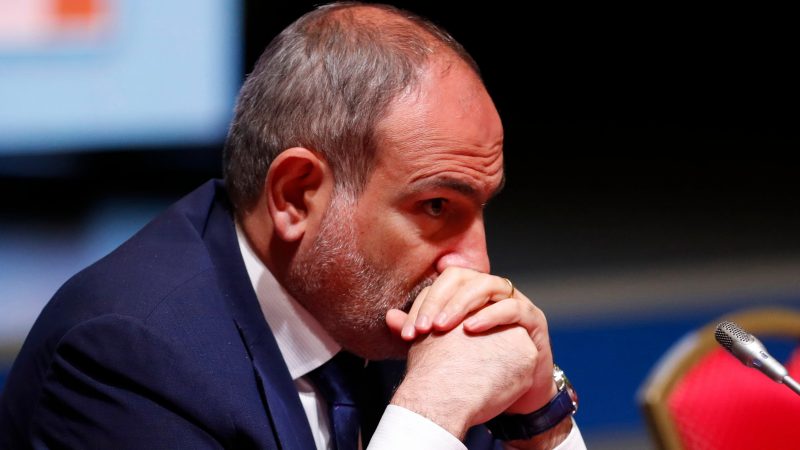 News.Az presents the article by Vasif Huseynov, a senior adviser at the Center of Analysis of International Relations (AIR Center).

Although it currently seems that there is “relative calm” on the border, Armenia and Azerbaijan continue fighting verbally on the social media and, more dangerously, physically in foreign countries where they have settled.

There have been few moments in the Armenia – Azerbaijan conflict more confrontational than now since the two countries signed the Russia-brokered ceasefire agreement in May 1994.

Due to the failure of internationally-mediated negotiations, the two nations could not resolve their territorial disputes over the Nagorno-Karabakh region and other occupied territories of Azerbaijan during the last three decades and found themselves at loggerheads in almost every single detail of the proposed settlement formulations.

On 12-14 July, this caused a major military confrontation between the armed forces of the two countries on their internationally-recognized borders, in a geographical spot far from the occupied territories of Azerbaijan, resulted in the loss of up to 20 military servicemen on both sides.

The skirmishes were so intense that many observers alarmed that the two countries might end up in a full-scale war with catastrophic humanitarian and other consequences for the region.

Although it currently seems that there is “relative calm” on the border, the two nations continue fighting verbally on the social media and, more dangerously, physically in foreign countries where they have settled.

One of the first such clashes in international cities was reported to have occurred in London on 17 July. The peaceful rally of Azerbaijanis in front of the Armenian embassy in London was confronted by the counter-protest of Armenians.

Soon their verbal attacks transformed into violent fighting between the two groups with one Azerbaijani protestor injured. There were demonstrations by the diaspora of the two countries in other European cities on 17-18 July but accompanied by no provocation or clashes.

Azerbaijani people in Hungary, Austria, and Germany took to the streets and peacefully protested the occupation of part of Azerbaijani territories by Armenians. The protesters chanted the slogans “No to terror,” “Stop Armenian aggression,” and “Karabakh belongs to Azerbaijan”.

The protests in some other places, however, did not pass in peace and violence broke out between the two sides.

For instance, in Los Angeles, a Californian city that hosts the largest Armenian community outside Armenia, more than 500 Armenian protestors faced off with an Azerbaijani group of much smaller size (less than 50 people) near the Azerbaijan Consulate General.

For U.S. Ambassador to Azerbaijan Earle Litzenberger, there is irrefutable evidence that the provocation in Los Angeles was committed by aggressive Armenian demonstrators.

The Azerbaijani community in the region is particularly worried by the subsequent calls of some Armenian social media users to “locate any Turkish or Azeri Californians”. The Azerbaijani Consulate in Los Angeles wrote on Twitter that “it might be an intimidation campaign by some radical and aggressive Armenian groups” and as such, they have reported them to the LAPD.

They called the Los Angeles authorities to take proper measures to ensure the security of the Azerbaijani community and to send message to all radical groups that violence targeting any community in Los Angeles will not be tolerated.

The threat to the Azerbaijani and also Turkish community in the United States needs to be deemed seriously as some of the Armenian protestors elsewhere appeared to be supportive of the ASALA, an Armenian movement that has killed more than 70 people, including 24 Turkish diplomats, and recognized as a terrorist organization by many countries, including the United States.

The protests of Azerbaijani and Armenian ethnic groups in Brussels also resulted in violence, on a more dramatic scale. On 22 July, the Armenian community in Belgium took to the streets in front of the Embassy of the Republic of Azerbaijan and were confronted by the representatives of the Azerbaijani community.

According to the statement, the Embassy issued afterward, “As a result of the attack of the Armenian aggressors with stones and sharp cutting tools and explosives, 6 members of the Azerbaijani Diaspora, as well as the correspondent of the European bureau of “REAL TV” Khatira Sardargizi were injured and received medical treatment.

Employees of the diplomatic mission were injured, there was destruction in the mission’s administrative building, windows were broken, the car of a member of the Azerbaijani community was damaged, and an attempt was made to attack the area where the diplomats’ family members live.”

It is reported that 17 Armenian protestors were subsequently detained by the Belgium law enforcement agencies.

The video footages from the clashes between the two ethnic groups are widely shared on social media infuriating the members of two nations and provoking them into more violence. One of such videos originally posted online by an Armenian living in Brussels depicted a group of Armenians brutally beating an Azerbaijani young man.

The video was shared by thousands of Azerbaijani social media users some of whom called for retaliation against Armenians. Similar incidents continue to be reported in many other parts of the world, including Russia where Azerbaijani and Armenian people have settled in large numbers.

Important to note that many cool-headed Azerbaijanis advised their compatriots to report the criminals to local police and get them punished in accordance with the law and norms of the respective states.

However, when tensions soar this high, it runs the risk of spiraling out of control as it is mostly impossible to regulate the process when it is dominated by nationalism and demands for revenge.

The situation between the two nations has, thus, reached alarming levels and spilled over diasporas in the third countries. The status-quo with the occupied territories of Azerbaijan might ignite further escalations in the future.

This is the reason why the international mediators should intervene immediately and push sides for substantive negotiations. The emphasis on “substantive” is crucial as the negotiations between the two countries have become “pointless” in recent years.

Last year, while the front line saw the significant reductions in casualties, no progress was achieved at the negotiation table.

The Azerbaijani government laments that “no achievements have been made at all” in the negotiation process which is why they call for a more tangible contribution from the OSCE’s Minsk Group that is the main international institution tasked with the coordination of negotiations between Armenia and Azerbaijan and other international organizations.