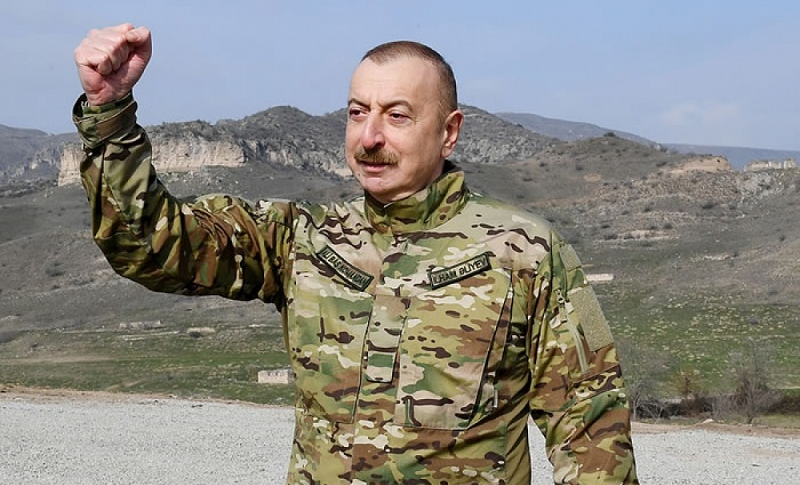 “I think that the first day, i.e. the breakthrough of the enemy's first line of defense, a line of defense that had been strengthened for almost 30 years is of such important stages, of course. Those visiting the liberated territories can see these ditches, some of them still have anti-tank hedgehogs and barbed wire, and minefields – everything was mined with hundreds of thousands of mines and they are still there,” the head of state said.

“Therefore, it was also important. Because if we had not managed to break through the defense line on the very first day, it would have been more difficult for us – both from the point of view of the progress of hostilities and from the point of view of the morale of the armed forces. This played a very important role. I think that the second Karabakh war is very indicative for many precisely in terms of the constituent factors that led to success,” he added.

In his interview, President Aliyev spoke about various stages of the war and the main points related to the liberation of Azerbaijani cities and villages.

“Of course, the crown of our victory is the Shusha operation. Anyone going to Shusha along Victory Road now can see where we accessed the city. It was a mobilization of incredible physical and moral effort. Moreover, this involved long days in the forest, in off-road conditions and with light weapons, moving forward tirelessly and then liberating Shusha – this is an unparalleled feat, this is heroism. Of course, the capture of Shusha broke the enemy’s back, and the enemy practically surrendered after that,” the Azerbaijani leader concluded.