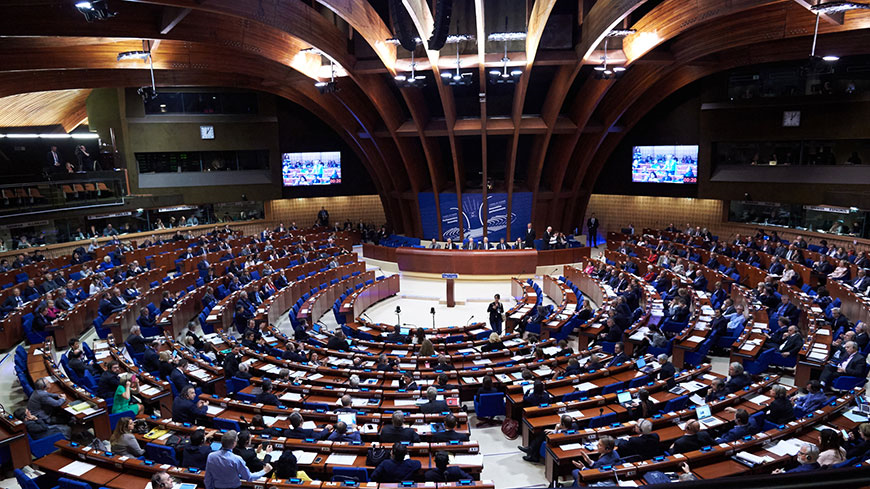 After a defeat in the Second Karabakh War, Armenia continues to speculate on the topic of saboteurs and war criminals, presenting them to the word as “prisoners of war”. Did the world decide to play along with Armenia in this issue?

Under the pressure of the Armenian lobby, this topic is planned to be discussed at the spring session of the Parliamentary Assembly of the Council of Europe (PACE). The most interesting fact is that this issue is very actively discussed by Naira Zohrabyan, a member of the Armenian delegation to PACE, which, in turn, once again indicates the ‘one-sidedness’ of European institutions. European politics, as if, remained powerless in the face of the gigantic Armenian lobby, whose propaganda machine is completely aimed at covering up the facts of Armenia's war crimes against Azerbaijan and its citizens over the past 30 years.

Strangely, PACE is trying so zealously to indulge Armenian nationalism. As if it was not Azerbaijan, but Armenia that had been suffering from aggression and occupation of its lands for several decades. Perhaps, this is a clear manifestation of cynicism and double standards, however, how can common sense be? Azerbaijan has repeatedly stated that it handed over all prisoners of war to Armenia. In this case, how can we consider saboteurs to be prisoners of war? These saboteurs, in violation of the Moscow-brokered agreements reached on 10, 2020, entered the territory of Azerbaijan and committed war crimes, in particular, the killing of Azerbaijani military and civilians in peacetime. Is the phrase "prisoners of war" suitable for these criminals? The question, of course, is rhetorical. Another important point is that why it is needed to pay special attention to this topic in PACE, an organization that should be involved in ensuring the rule of law?

Instead, PACE and other international organizations quietly and silently watched Armenia’s destruction of the cultural, historical and religious heritage in the occupied Azerbaijani territories. They indulged and encouraged attacks on Azerbaijan by people, who are distraught with the idea of nationalism like Naira Zohrabyan - the one who never once spoke about the need for a peaceful coexistence of the Azerbaijani and Armenian peoples and the need to put an end to the enmity; the one, who, despite everything, without fear and shame, not only justified the aggression of her country against Azerbaijan but also called for a new wave of aggression and Azerbaijanophobia, ethnic cleansing and the seizure of an even greater part of Azerbaijani lands. Was this "peace initiative" by Naira Zohrabyan welcomed by PACE deputies?

Obviously, the discussion of this topic by Armenian and European deputies in PACE will not change anything for Baku, which has repeatedly stated that Azerbaijan handed over all prisoners of war to the Armenian side, and any speculations regarding the status of Armenian saboteurs are futile and doomed to failure.

Instead of indulging Armenian nationalism, PACE should finally start calling things by their proper names, stop demonstrating double standards, Azerbaijanophobia and Turkophobia. European diplomacy was not interested and does not care about the lives and fate of hundreds of thousands of Azerbaijanis, who became victims of Armenian fascism, but without hesitation, they decided to "stand up" for war criminals. There is a need to take a look at all the atrocities and barbaric acts committed by Armenian vandals and radicals on Azerbaijani lands, and after that, it will immediately become clear that all such speculations promoted by the Armenian side and willingly welcomed by European deputies are not worth a dime.