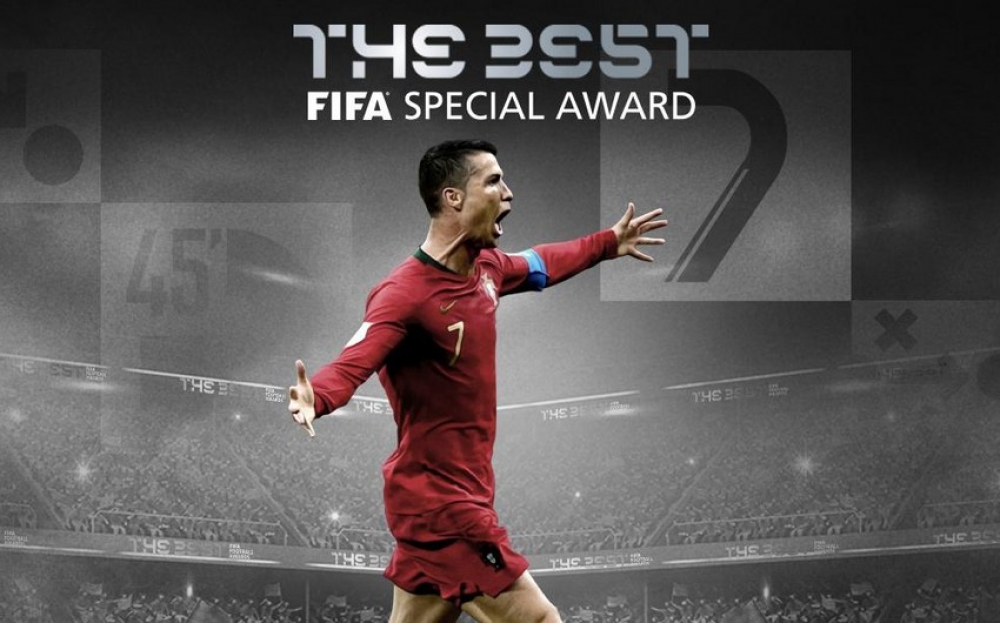 Manchester United forward Cristiano Ronaldo has been recognised for his remarkable career achievements at The FIFA Best Awards of 2021, News.Az reports citing Marca.

The 36-year-old broke the all-time record for men's international goals when he scored a brace for Portugal against the Republic of Ireland, taking his tally to 115.

His special award is the first to be handed out at the FIFA Best awards and it couldn't go to a more deserving player.

"First of all I have to say thank you to my teammates, especially the national team during the last 2020 years," Ronaldo said on stage in Zurich, where the event was held.

"I never thought [I would beat] the record, to score 115 - the record was 109, right? So, six goals ahead. I'm so proud for this special award from FIFA, an organisation I respect a lot.