Crimes committed by Armenia against peace and humanity 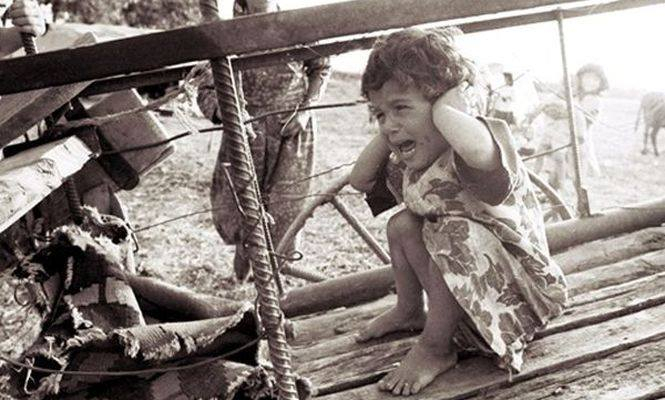 Crimes and atrocities committed by Armenia can’t be counted. We may list chronology starting from 1905, which Armenian armed forces committed a massacre in Baku city, and to 2020 when Armenia violated war rules and shelled civilian settlements and launched missile attacks on Ganja, Barda, and Tartar cities which resulted in civilians including children.

1988s events also can be noted herein in which thousands of local populations of Azerbaijani nationality living in the West Zangazur region were forcible expelled from their homes and become refugees.

There are several special dates that have been written on Azerbaijan's history in black color: 31 March, 26 February, etc.

Armenia’s crimes against Azerbaijan and Azerbaijanis which have been proved through documents are against humanity and peace.

31 March is a Day of Genocide of Azerbaijanis. On this day and following days, thousands of Azerbaijani civilians were killed only because of their ethnicity. In this period, Armenian-Bolshevik units wiped out more than 20,000 Azerbaijani civilians in Baku: people were burned in their homes, killed, and tortured with unparalleled cruelty. As a result, more than 16,000 people were killed with utmost barbarity in the Guba province in the first five months of 1918; a total of 167 villages were destroyed, 35 of which do not exist to this day.

On 26 February night of 1992, Armenia deployed their forces in Khankendi and with the help of the 366th shooting military regiment of the former USSR attacked the defenseless and helpless Khojaly district. As a result of the Armenian invasion, 613 residents of Khojaly were killed, 478 were heavily injured. 1275 peace civilians, including elderly persons, children, and women, were taken hostages and suffered heavy insults and offenses from the Armenian Armed Forces. The fate of 150 of these persons is still remaining unknown. Out of 613 civilians killed in Khojaly, 106 were women, 63 were children and 70 were elderly persons.

The crimes have been continued during the second Karabakh War which is waged to liberate occupied territories and restore Azerbaijan’s territorial integrity.

The deliberate bombing of peaceful settlements of Azerbaijan by missiles, heavy artillery, and other weapons fired by Armenia constitutes a crime of intentional armed aggression directly against the territorial integrity, sovereignty, and political independence of Azerbaijan, according to UN General Assembly Resolution 3314 on the definition of aggression in 1974. The subject of this international crime is the Armenian state and political leadership.

Prohibited cluster and phosphorus bombs were used by the Armenian armed forces to deliberately target Azerbaijan’s civilian population. To date, Scud and Smerch missiles have been used not only on the battlefield, but also against civilians, and have been described by international organizations as brutal and unthinkable.