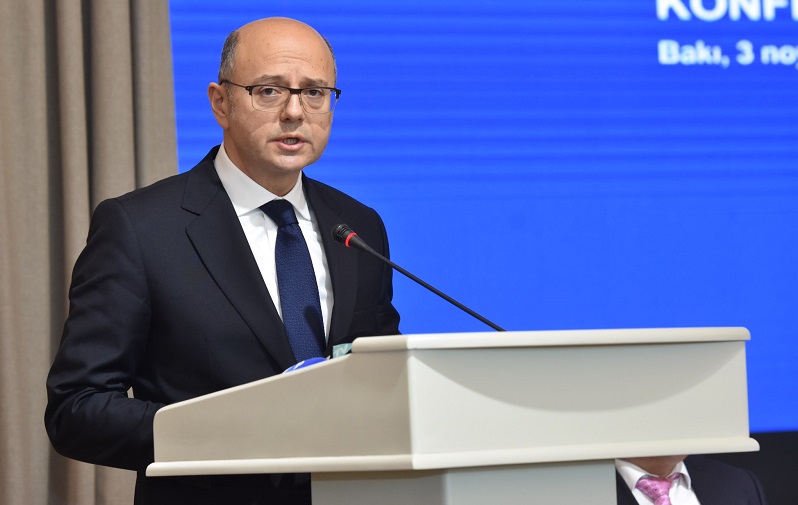 The creation of the Jabrayil energy hub will help increase Azerbaijan's export potential, Minister of Energy of Azerbaijan Parviz Shahbazov said on Thursday.

He was speaking at a conference on “Post-conflict construction model under the leadership of President Ilham Aliyev, which is dedicated to the second anniversary of Azerbaijan's victory in the Second Karabakh War, News.Az reports.

The minister said the work on the Jabrayil energy hub project has already started.

“This project will allow establishing the supply of "green" energy through the Zangazur corridor from Azerbaijan's Nakhchivan to Türkiye and further to Europe. This is only one of the three promising export routes. Other options are also being discussed,” Shahbazov added.