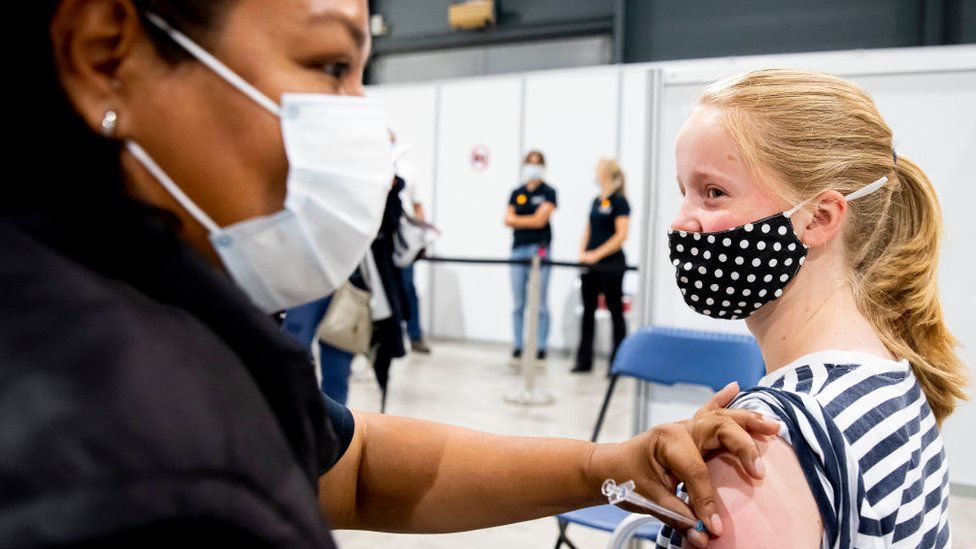 Britain's vaccine advisory body announced Friday that coronavirus vaccines for healthy children aged between 12 and 15 should not be recommended, Xinhua reports.

The Joint Committee on Vaccine and Immunisation (JCVI) provided the assessment, saying the COVID jabs should not be recommended to those in this age group on health grounds alone, but the body has advised the government to look at "wider issues" including the impact of the virus on schooling.

The decision on healthy children was based on concerns over an extremely rare side effect of the Pfizer vaccine which causes heart inflammation, according to the BBC.

As children are at such low risk from the virus, the JCVI decided that vaccination would offer only "marginal gain" and, therefore there was "insufficient" evidence to offer mass vaccination to this age group.

The JCVI has already announced the most at-risk children in this age bracket who have underlying health conditions, including chronic major heart, lung, kidney, liver and neurological conditions, should have the jabs.

BBC reported that a group of 150,000 children with conditions such as severe neurodisabilities, Down's syndrome and severely weakened immune systems as well as those living with vulnerable adults are already eligible for the vaccine.

The Department of Health and Social Care (DHSC) said the chief medical officers in Britain's four nations will provide further advice on the vaccination of young people in this age group following the assessment provided by the JCVI.

The independent medicines regulator, the Medicines and Healthcare products Regulatory Agency (MHRA), has approved the Pfizer and Moderna vaccines for those aged 12 and over after they met strict standards of safety and effectiveness.

More than 88 percent of people aged 16 and over in Britain have had their first dose of vaccine and more than 79 percent have received both doses, the latest figures showed.

To bring life back to normal, countries such as Britain, China, Germany, Russia and the United States have been racing against time to roll out coronavirus vaccines.