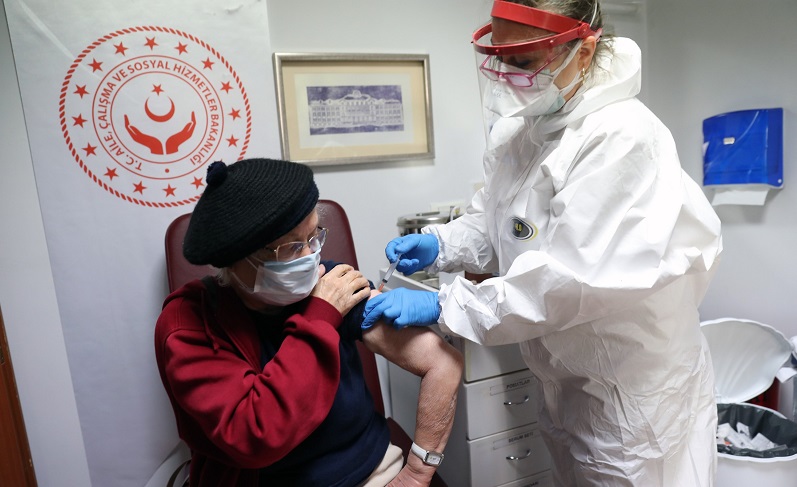 The coronavirus outbreak lingers in Turkey but the country is experiencing rapid success in its vaccination campaign. As of Wednesday, more than 1 million people had been inoculated against the disease that has claimed more than 24,000 lives since March, Daily Sabah reports..

More than 600,000 people were inoculated within the first two days of the vaccination program that started last week. Health care workers were the first to receive jabs. On Tuesday, nationwide vaccination began for more than 80,000 residents and staff of nursing homes, as well as nonagenarians unable to leave their homes.

The country has turned to CoronaVac, developed by China’s Sinovac, as its first option in mass inoculation. The vaccine had received emergency approval after the initial shipment of 3 million doses last month. Although the country seeks imports from other countries and companies and works on developing its own vaccine, the inactive vaccine was prioritized for its efficacy, which is over 90%.