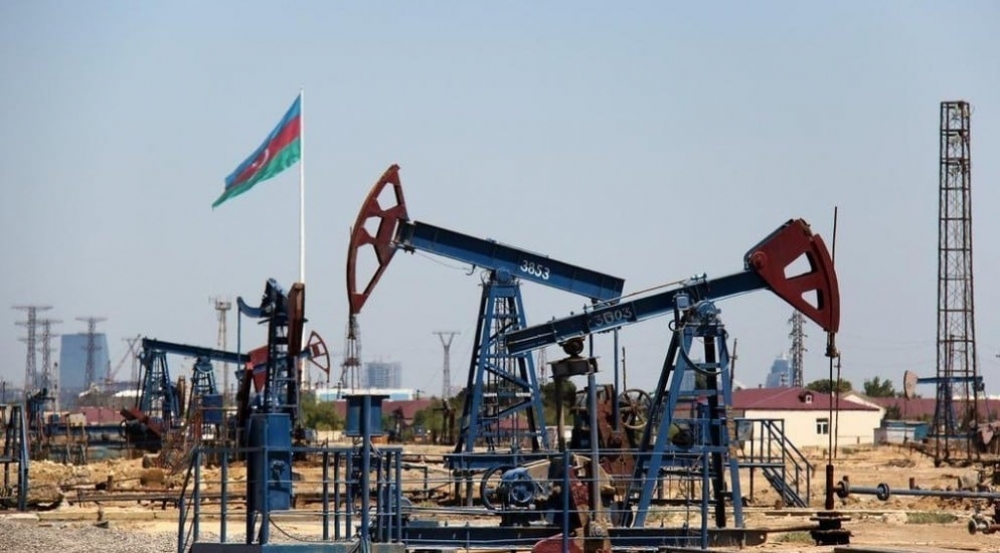 The Republic of Azerbaijan, a Caspian littoral state, plays an increasingly important role in the region as a net exporter of crude oil and natural gas. In this way, the country ensures energy security at both regional and global levels. In our globalized world, the availability of energy resources and the capacity to export them to global energy markets are crucial for socio-economic development and long-term economic growth. September 20, 2021 is a noteworthy date for Azerbaijan as the country marked the 27th anniversary of the signing of the “Contract of the Century.” This historic document was signed thanks to the continuous efforts of the national leader of the Republic of Azerbaijan, Heydar Aliyev, and set the foundation for the development of the country’s oil strategy.

It should be underlined that energy resources can be useful and profitable when it is possible to attract foreign capital investment and identify potential buyers for energy resources. The “Contract of the Century” attracted huge foreign capital investment to the country’s energy sector, and the “oil factor” provided key leverage for addressing important issues such as the strengthening of independence and the development of the national economy. In fact, Heydar Aliyev’s oil strategy enabled Azerbaijan to raise its geo-political importance in the region and become a key energy exporter from the Caspian Sea.

The appropriate and effective energy policy successfully implemented by President Ilham Aliyev has strengthened Azerbaijan's position in the world as a reliable energy partner. Since the signing of the “Contract of the Century,” 34 more agreements have been signed with foreign energy companies, thereby making the energy sector the primary target for foreign investment. As President Ilham Aliyev recalls, “we said to the foreign companies: You protect the interests of different companies, we protect the interests of the Azerbaijani people. If you make a mistake, it only affects a project of your company, but in the case that we make a mistake, it causes harm to the people of Azerbaijan. In other words, we must not make mistakes.”[1]

As a result of a successful energy policy implementation, the “Contract of the Century” was signed in such a way as to protect Azerbaijan’s national interests.

In the beginning, Azerbaijan faced some competition from Russia because Moscow was against the signing of this historic document. However, thanks to the efforts of the national leader, Heydar Aliyev, Russian energy giant Lukoil joined the international consortium of 11 oil companies from 6 nations. It should be emphasized that an effective energy strategy and negotiation skills turned the energy project from the subject of competition to the grounds for cooperation among different states. Thus, Azerbaijan played a crucial role in connecting Western energy markets with the Caspian region.

It is worth noting that, on September 14, 2017, under the leadership of President Ilham Aliyev, an amended and restated “Azeri-Chirag-Gunashli Joint Development and Production Sharing Agreement” was signed in Baku. This marked a new stage in the development of the Azeri-Chirag-Gunashli field. According to the amended document, which was extended until 2050, BP remained the operator of the project while SOCAR’s share increased from 11 to 25 percent and Azerbaijan's direct share in profitable oil amounted to 75 percent.[2]

The Azerbaijani government continued its successful energy policy, and in 2019 ACG sanctioned the Azeri Central East development project. This $6‑billion development includes a new offshore platform and facilities designed to process up to 100,000 barrels of oil per day. [3] .

The signing of this “Contract of the New Century” resulted from an effective energy strategy that further strengthened Azerbaijan’s position as a leading state in the region.

The “Contract of the Century” created an opportunity for the realization of the Baku–Tbilisi–Ceyhan (BTC) Main Export Oil Pipeline, which opened a gateway to the Mediterranean region as Azerbaijan started to export its crude oil to Israel. On the one hand, Israeli–Azerbaijani energy cooperation has become of vital importance for Israel’s energy security while, on the other hand, it has given Azerbaijan the opportunity to build a special relationship with Israel. Since the BTC pipeline became operational in June 2006 up to the end of the first quarter of 2021, it had carried a total of 3.62 billion barrels (about 482 million tonnes) of crude oil that were loaded on 4,729 tankers and supplied to world markets.[4]

Another significant aspect of the “Contract of Century” was the fact that, along with crude oil, natural gas would also be extracted, and all quantities of gas extracted would belong solely to Azerbaijan. With this in mind, it is necessary to emphasize that natural resources thus became a historically important factor in the future development of the country, as well as forming an important step towards the country’s improved future performance in the international arena.

- The implementation of the project enabled Azerbaijan to export Caspian energy resources to Western energy markets as well as to develop its natural gas sector.

- Azerbaijan began its integration into the global economy.

- Energy revenues and economic growth strengthened the country’s armed forces and military capabilities in the region.

- Last but not least, Azerbaijan invested huge financial sources into other sectors of its economy, and the non-oil sector became a priority for sustainable economic development.

Today, Azerbaijan has achieved its strategic goals by pursuing an effective energy policy, and the country’s role as a net energy exporter as well as exporter of energy security is growing year by year. Access to new energy markets for natural gas exports, and increasing those exports, are among the priorities of the country’s energy strategy. Azerbaijan has completed important energy projects such as the BTC oil pipeline and the newly completed Southern Gas Corridor to export natural gas to European energy markets. It is especially noteworthy that neither the spread of the COVID-19 pandemic nor the Second Karabakh War prevented Azerbaijan from completing the Southern Gas Corridor project. The finalization of all these energy projects supports regional economic integration and energy security.

Summing up, energy projects have raised Azerbaijan’s geopolitical importance in the world. Azerbaijan’s economic growth and the strengthening of its military potential led to victory in the Second Karabakh War. Now, the country is using its energy revenues for the restoration and reconstruction of the liberated territories.

Shahmar Hajiyev is a senior advisor at the Baku-based Center of Analysis of International Relations (AIR Center).