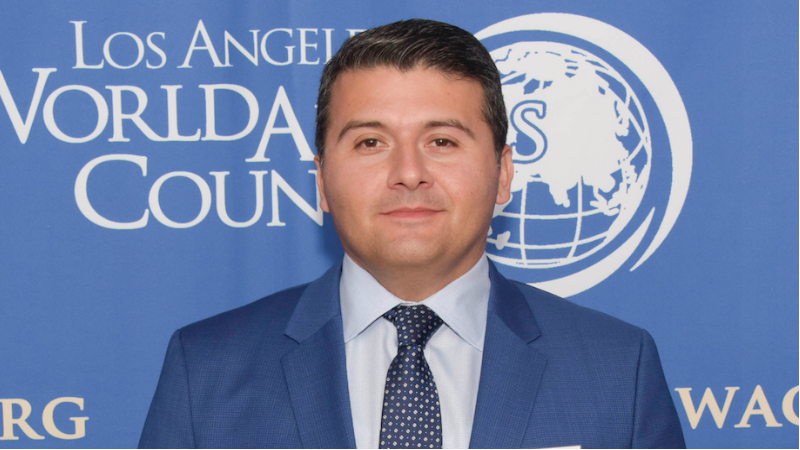 Although in advance of the demonstration the lobby announced that they were expecting tens of thousands of people to join, only 400-500 Armenians attended the protest according to the Los Angeles Police Department.

Before the protest, the Consulate General of Azerbaijan prepared a press release and shared it with local TV and radio channels and newspapers. In the press release, the Consulate General highlighted Armenia’s latest military aggression against Azerbaijan, targeting Azerbaijan’s cities and civilian population, as well as Armenia’s use of the widely banned cluster munitions against civilians. It was mentioned that as a result of Armenia’s deliberate attacks, many Azerbaijani civilians have been killed and wounded.

Moreover, “FOX” and “NBC” TV channels included Consul General Nasimi Aghayev’s video statement in their reports on the Armenian demonstration. In his comments, the Consul General talked about Armenia’s repeated deadly missile attacks on Azerbaijan’s civilian population in the City of Barda and mentioned the use of cluster munitions by Armenia.

One of the interviews can be watched here: