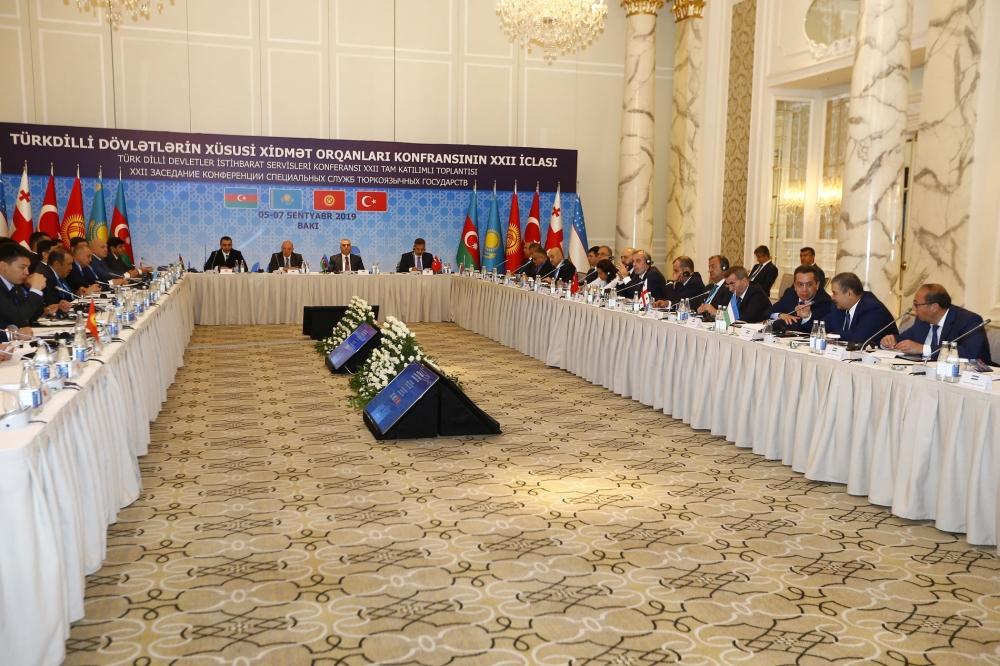 The 22nd session of the Conference of Special Service Bodies of Turkic-speaking States held in Baku was productive in terms of combating any threats and exchanging information in this sphere, Azerbaijani political analyst Arzu Naghiyev told Trend.

Naghiyev was commenting on the importance of the session.

He said that President of Azerbaijan Ilham Aliyev received the participants of the event and the issues of great importance were raised at the meeting.

“The thoughts voiced by President Aliyev were related to the current processes in the world, the prevention of threats to various countries and the importance of such conferences from this point of view,” Naghiyev said. “The president also sent a congratulatory letter to the meeting participants.”

“Touching upon the most important moments in his congratulatory letter, President Aliyev spoke about the priority spheres in which the work must be carried out to achieve peace and stability in the modern world,” he said.

“The president also spoke about the need to coordinate the activity of the world countries to repel regional and global dangers,” Naghiyev said.

“The president once again stressed that strengthening of the ties between fraternal Turkic-speaking states is of particular importance for Azerbaijan,” he said. “At the same time, the president spoke about the suppression of extremism, terrorism, separatism, illegal migration, drug trafficking, further strengthening of the fight against transnational criminal groups to ensure regional security."

Naghiyev stressed that the result of the president’s successful policy is that today Azerbaijan and its special service bodies are perceived as reliable partners in ensuring international security.

He emphasized that combating any threats and exchanging information in this sphere is very important.

“Organizing of such events once again shows that from the point of view of preventing global or regional threats or threats to the individual countries, this conference is important," Naghiyev said.

The 22nd session of the Conference of Special Service Bodies of Turkic-speaking states was held in Baku on Sept. 6.