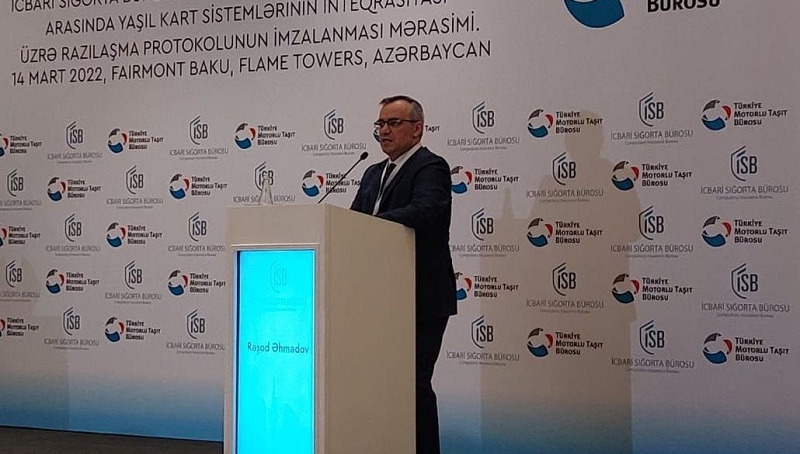 He made the remarks Monday at a ceremony of signing a protocol on cooperation for the integration of the Green Card systems between Azerbaijan’s Compulsory Insurance Bureau and Turkiye’s Motor Insurers’ Bureau in Baku, the chief editor of News.Az reports from the event.

According to Ahmadov, the Green Card system has been available in Azerbaijan since 2016.

"Its advantage is civil liability insurance of the driver abroad. The Green Card system allows registering trucks, cars, buses and motorcycles. The dynamics of insured events in the countries that joined this system is multidirectional,” he said.

The executive director noted that the integration of the Green Card insurance systems between Azerbaijan and Turkiye will also help prevent the use of false documents at border checkpoints.

The document will allow the digital verification of the validity of the Green Cards of both Azerbaijan and Turkiye at the border checkpoints of the two countries. The Parties will exchange information in accordance with the requirements of the relevant legislation and provide the necessary assistance to customs checkpoints on Green Card data.