Command-Staff Exercises are being held in Nakhchivan - VIDEO 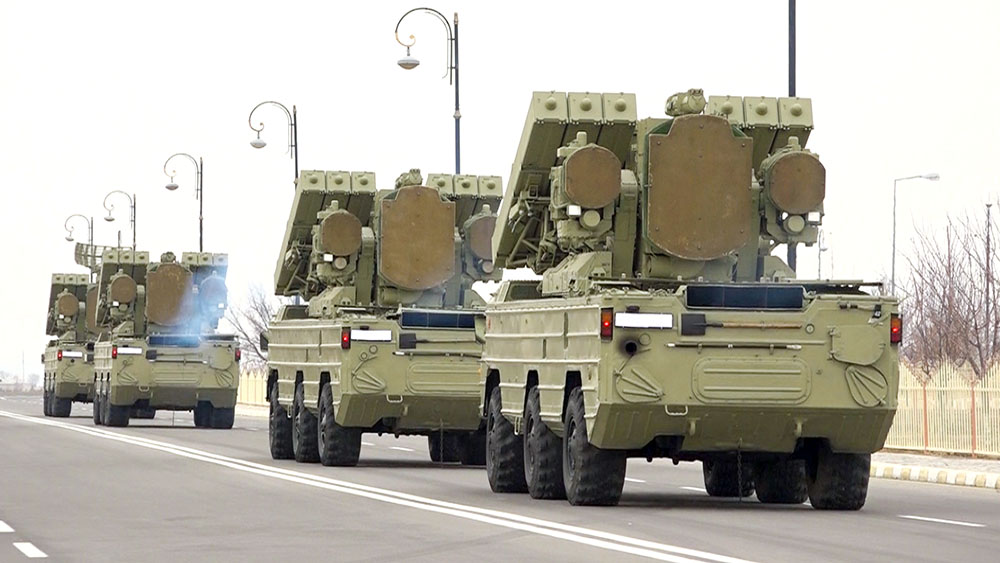 The Command-Staff Exercises are being held in accordance with the Combat Coordination Plan of the Nakhchivan garrison troops for 2022, the Defense Ministry told News.az.

According to the scenario of the Command-Staff Exercises, the formations and units of the Nakhchivan garrison troops were brought to different levels of combat readiness and put on alert.

During the exercises, special attention was paid to improving the skills and abilities of the commanders to make decisions in a short time in accordance with the current tactical situation and report to the command staff in active electronic warfare conditions, as well as to bring decisions to their subordinates and organize combat operations.

Terrorist groups of an imaginary enemy, found in impenetrable mountainous areas, were destroyed by the special attack groups with the support of unmanned aerial vehicles, and the advantageous high grounds were captured.

During the exercises, which focused on interoperability with aviation, air defense units carried out operations against imaginary enemy airstrikes and unmanned aerial vehicles.