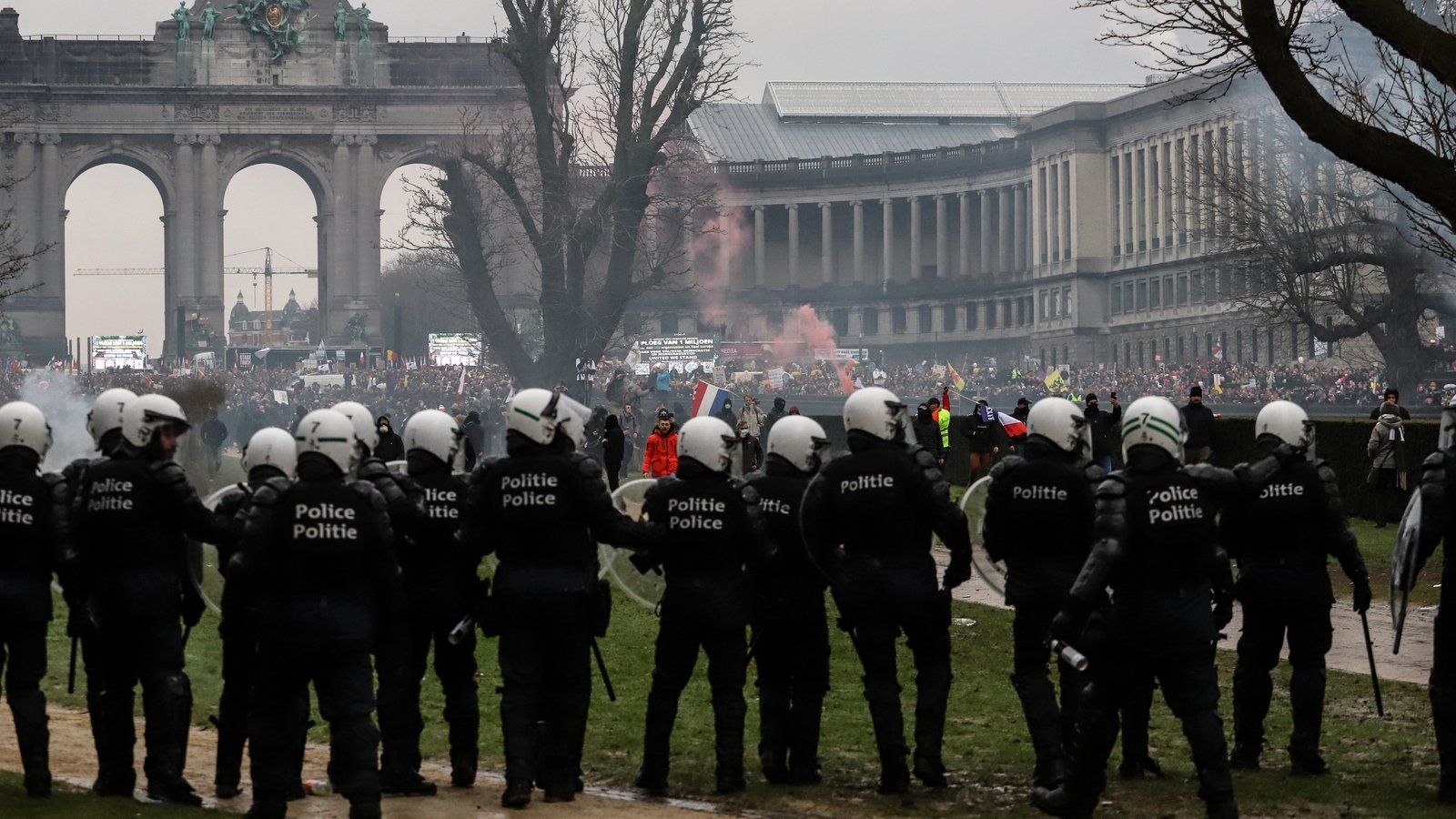 Belgian police fired water cannon and volleys of tear gas on Sunday in an attempt to disperse demonstrators in Brussels who gathered to protest against the government's COVID-19 measures and virus vaccinations, News.Az reports citing Reuters.

Several thousand protesters turned out, including some from other European countries, angry at the country's health pass and other pandemic restrictions. Banners carried slogans critical of Prime Minister Alexander De Croo as well as the government's measures.

The demonstrators -- who the authorities said numbered around 50,000 -- marched through the capital before gathering in Cinquantenaire Park in the city's European quarter where they expressed their opposition to the government's virus policies.

Riot police were out in force and eventually moved in to disperse the protesters, after they ignored instructions broadcast over loudspeakers that the demonstration was finished and that they should leave.

Police water cannon trucks fired powerful jets at the demonstrators, while thick clouds of smoke and snaking trails of tear gas filled the air. RTL radio reported that a window at the entry to one EU building was smashed.