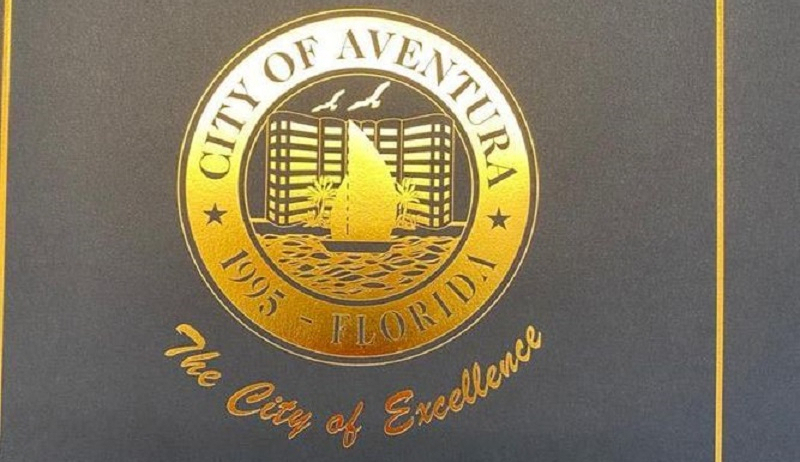 The City of Aventura, Florida has proclaimed 26 February 2021 as the ‘Khojaly Remembrance Day.

Aventura Mayor Enid Weisman signed the proclamation on behalf of the City Commission and on his own, the State Committee of Azerbaijan on Work with Diaspora told News.Az.

The document stresses that on 25-26 February 1992, the population of the Azerbaijani town of Khojaly was subjected to a massacre, resulting in the death of over 600 innocent civilians, including many children, women, and elderly.

The renowned international human rights organization, Human Rights Watch, called this tragedy the largest massacre in the region, it notes.

“This event in Khojaly is a sobering reminder of the terrible damage that can be inflicted in wartime and the enduring need for the greater understanding, communication, and tolerance among people all over the world,” the proclamation says.

It points out that Azerbaijanis living in Aventura, Florida and around the globe observe February 26th every year as a day of remembrance, honoring the victims of the Khojaly massacre.

The proclamation was adopted based on the appeal by Tohfa Eminova, President of the Florida-based Azerbaijani-American Cultural Association.

On February 26, 1992, Armenian military committed an act of genocide against the 7,000 population of the Azerbaijani town of Khojaly. As many as 613 people, including 63 children, 106 women and 70 old people were killed as a result of the massacre. A total of 1,000 civilians became disabled in the onslaught. Eight families were completely annihilated, 130 children lost one parent, while 25 lost both parents. Some 1,275 innocent residents were taken hostage, while the fate of 150 people still remains unknown. 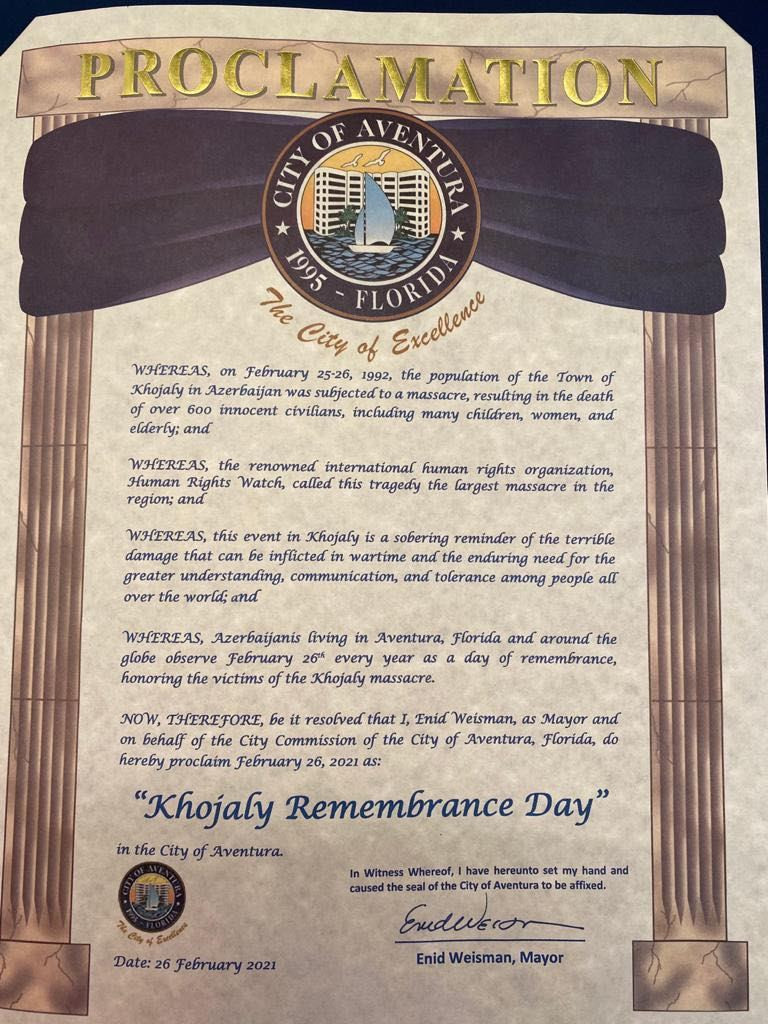