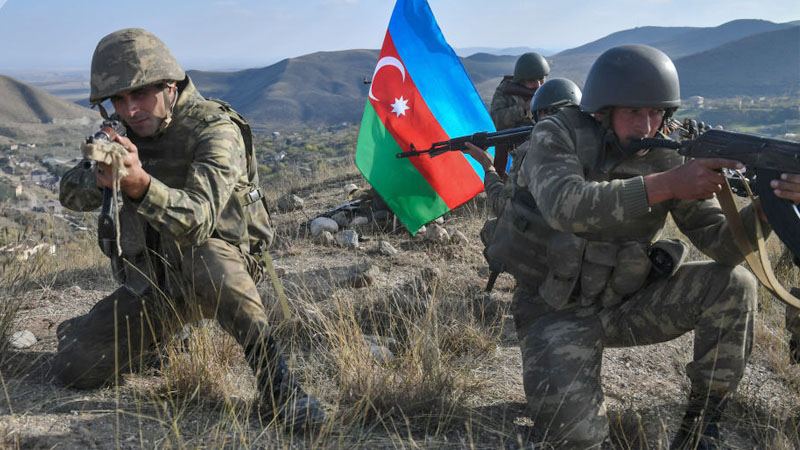 The Azerbaijani Army launched a counter-offensive operation, later called the "Iron Fist", on September 27, 2020, in response to the large-scale provocation of the Armenian Armed Forces along the frontline, News.Az reports.

Chronicle of the 33-rd day of the Second Karabakh War:

- The Azerbaijani Defense Ministry released information on the latest situation in the frontline. A list of destroyed military equipment of the Armenian Armed Forces was announced.

- A video of the liberated villages of the Gubadli district was released.

- The territory of Goranboy and Tartar districts came under fire. The Armenian troops, who were forced to retreat, opened fire on the civilian population.

- High-ranking Armenian officers were killed. Video footage of equipment and ammunition left by the Armenian troops on the battlefield was released. Two Armenian Su-25 planes were destroyed.

- The territory of the Tartar district, including diplomatic representatives, came under fire. Another civilian was killed as a result of the Armenian fire.

- Armenian servicemen, who fire at civilians in Azerbaijan’s Barda, were killed on battlefield. Forces and equipment Armed Forces of Armenia were destroyed.