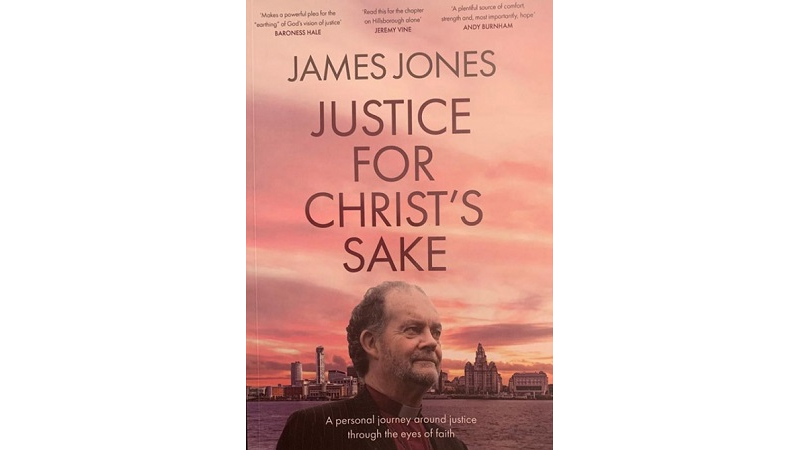 One of the chapters of “Justice in Christ’s Sake” published recently in Great Britain is titled Islam. The author of the book is James Jones, the former Bishop of Liverpool, Member of the House of Lords, Knight Commander of the Order of the British Empire ‘For services to the bereaved and to justice’.

The substantial part of the chapter addresses the author’s relationship with Nariman Gasimoglu, professor of ADA University, Azerbaijani scholar’s views and remarks on similar approaches of the New Testament and the Quran with regard to the concepts of Justice and Mercy.

Interestingly, the author touches on all the above after mentioning his discussion on Islam with Theresa May, former Prime Minister of the United Kingdom. James Jones recalls his conversation with the former leader of UK government: “When Theresa May was Prime Minister my wife and I were invited by her and Mr. May to an informal dinner at Chequers one Saturday evening. After dinner she took us to the Long Gallery for coffee. There set on a table on its own was a copy of the Quran in English. Mrs May told me that it was the first book which she had serendipitously pulled off the shelf when she first went into the Library. It was published in the late 18th century. Written by a Privy Councilor for the King and the Privy Council to show that Islam was not the rogue religion some had made it out to be. I found it fascinating for several reasons - it showed that Islam was not a recent interloper into our culture and that there were not only tensions two hundred years ago but advocates in high places prepared to challenge the prevailing religious and racial prejudice and seek a fair settlement for a different religion”.

Summing up Nariman Gasimoglu’s and his analysis of the merits of monotheistic traditions based on their foundational texts, and similar theological approaches, James Jones concludes: “None of this is to overlook the differences between Judaism, Christianity and Islam nor am I proposing a syncretism that blurs the distinctiveness of each faith. But it does unearth foundations in the three faiths that expose a common ground on which to build an ethic of justice and mercy that satisfies the universal moral instinct to be found in every human conscience to be both fair and forgiving”.

The recently published book “Letters from a Christian Bishop and a Muslim Scholar to the Earth” (Baku, 2021) covers letters between these two friends in faith and some texts referring to their correspondence which address commonalities in Christian and Muslim traditions from perspectives of shared environmental concerns and eco-theology.