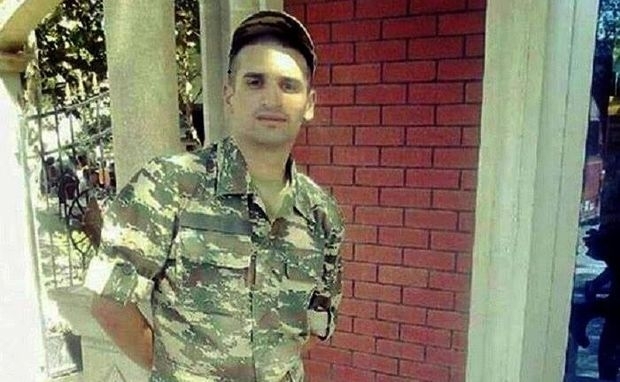 According to the order, Chingiz Gurbanov was awarded for heroism in the performance of combat missions and his exceptional services in the protection of Azerbaijan’s territorial integrity.

Azerbaijani soldier Chingiz Gurbanov was killed while preventing the provocation staged by an Armenia reconnaissance-subversive group at the Azerbaijani-Armenian border on December 29, 2016.

The body of soldier Chingiz Gurbanov was transferred to Azerbaijan on 5 February 2017, thanks to the necessary measures taken by relevant state agencies in cooperation with international organizations under the instruction of President of Azerbaijan, Supreme Commander-in-Chief of the Armed Forces Ilham Aliyev. The martyred soldier was laid to rest in the Alley of Martyrs in his hometown of Gusar on Feb. 6.