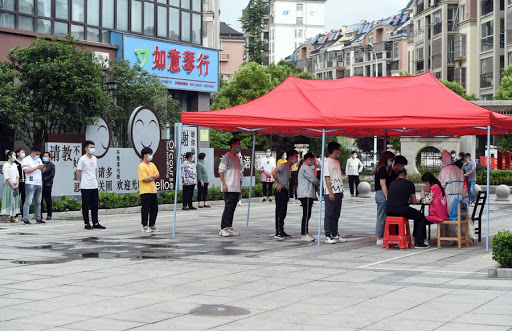 The city of Lu'an in east China's Anhui Province has raised the COVID-19 alert levels from low-risk to medium-risk in four residential communities, the city's health commission said on Monday, Xinhua reports.

The city currently has six areas classified as medium-risk.

Lu'an will conduct a second round of nucleic acid testing for people in the city's main districts and in key areas from Monday to Wednesday, according to the commission.

Authorities conducted the first round of testing from May 14 to 16 in the city proper, with more than 1 million samples collected.

Health authorities in Anhui, where seven confirmed locally transmitted cases and seven asymptomatic cases had been reported by noon on Sunday, said all recent infections are related to an offline training session at a photo studio in Yu'an District of Lu'an City.