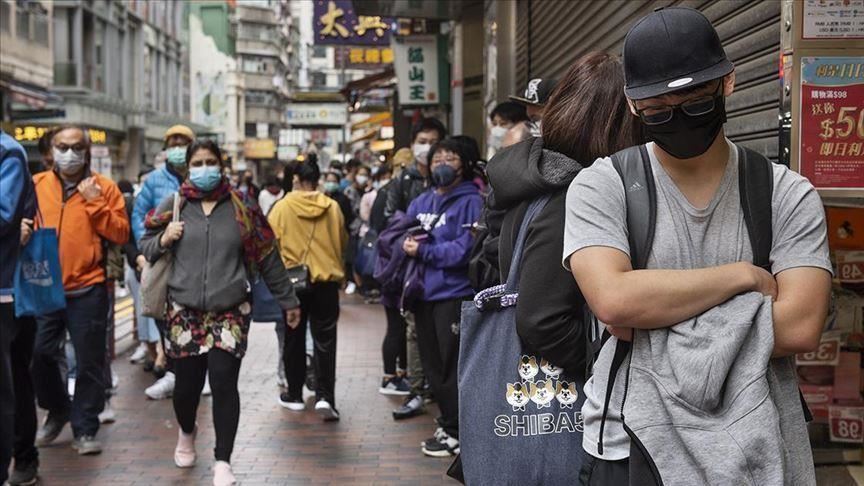 China reported 2,388 new local COVID-19 cases with confirmed symptoms on March 17, official data showed on Friday, almost double the count a day earlier, as the country battles its biggest outbreak since the one originating in Wuhan in 2020, News.Az reports citing Reuters.

The number of domestically transmitted asymptomatic cases, which China does not classify as confirmed cases, stood at 1,742 on Thursday, up from 1,206 a day earlier.

Though numbers are small by international standards, regions across the country have been pulling out the stops to try to contain the outbreak.

Amid an ongoing city-wide testing initiative, the major commercial hub of Shanghai reported 57 new local symptomatic infections on March 17, with another 203 domestically transmitted asymptomatic cases, up from eight and 150 respectively a day earlier.

Chinese President Xi Jinping signalled late on Thursday that the country would not ditch its "dynamic-clearance" policy to contain the outbreak.

He told a Politburo standing committee meeting that "victory comes from perseverance", state media reported, but he urged China to draw up more effective measures and minimise the economic impact.

As of March 17, mainland China had reported 126,234 cases with confirmed symptoms, including both local ones and those arriving from outside the mainland. There were no new deaths, leaving the death toll unchanged at 4,636.