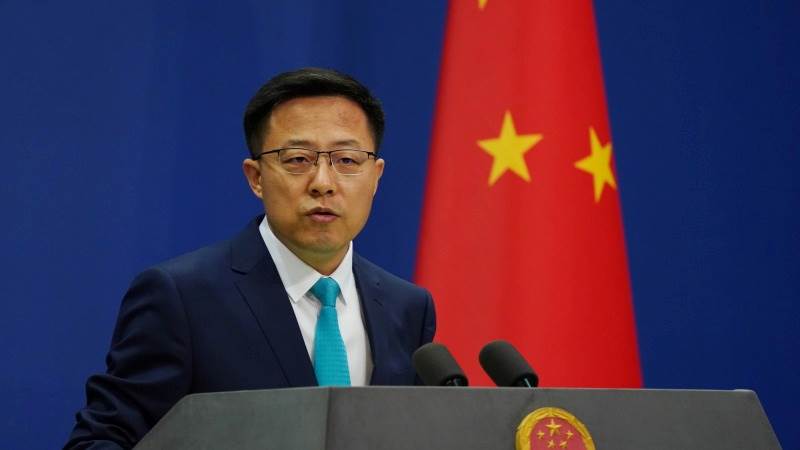 The international community needs to create conditions to resolve the complicated global situation caused by the Ukrainian crisis, Chinese Foreign Ministry Spokesperson Zhao Lijian said at a briefing, commenting on the move by Bulgaria, North Macedonia and Montenegro to close their airspace to the aircraft of Russian top diplomat Sergey Lavrov who had planned to visit Serbia, News.Az reports citing TASS.

"We believe that there is a need to facilitate all efforts aimed at resolving the crisis situation peacefully. The international community should create conditions for Russian-Ukrainian talks," he said in response to a TASS question.

According to the diplomat, China supports efforts by Moscow and Kiev to resolve differences. "We call for promoting peace talks between Russia and Ukraine," Zhao Lijian emphasized.