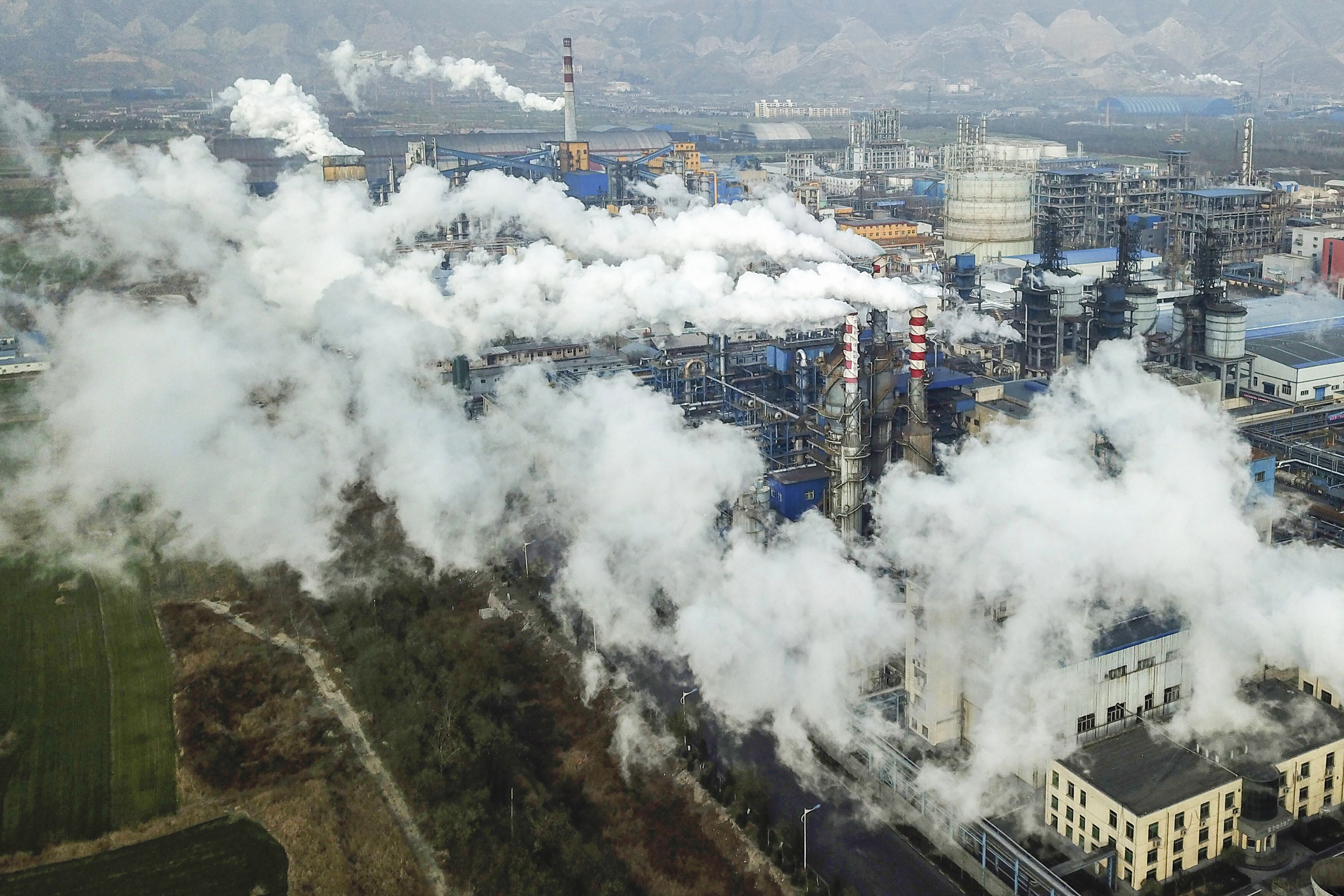 China launched a carbon trading system Monday designed to drive down emissions, as the world's biggest polluter takes steps towards decarbonising its economy by 2060, AFP reports.

The scheme lets provincial governments set pollution caps for big-power businesses for the first time and allows firms to buy the right to pollute from others with a lower carbon footprint.

The programme, initially set to launch in 2017, is expected to drive down overall emissions by making it more costly for power companies to pollute.

The system is expected to eclipse that of the European Union to become the world's largest emissions trading scheme (ETS).

It reported that more than 2,200 power firms across the country -- which emit over 26,000 tonnes of greenhouse gases a year -- could now trade their emission quotas.

Beijing has pledged to peak emissions before 2030 and become carbon neutral 30 years later.

The ETS launches, however, as experts warn China is actually expanding its coal production -- and after plans to curb emissions from seven other industries were pared back.

"China is pursuing ambitious build-up of zero-carbon energy and has set a long term goal to be carbon neutral (but) the carbon market in its current form just isn't going to play much of a role in realizing these ambitions," Lauri Myllyvirta, a lead analyst at the Centre for Research on Energy and Clean Air, told AFP.

"It could become an important tool in the future, and very fast, if the government decides to give it teeth."

Around 60 percent of power in China is still provided by coal, and its powerful industry lobby is expected to press hard for favourable carbon caps.

Zhang Jianyu, vice-president of the NGO Environmental Defense Fund China, warned the penalties for companies exceeding the emissions quota are also "too low to act as a deterrent".

China's greenhouse gas emissions in 2019 were estimated at 13.92 billion tonnes -- about 29 percent of the world's total.