Child who was saved from Khojaly genocide with help of torch in his hands... – “The light of hope” on AzTV (VIDEO) 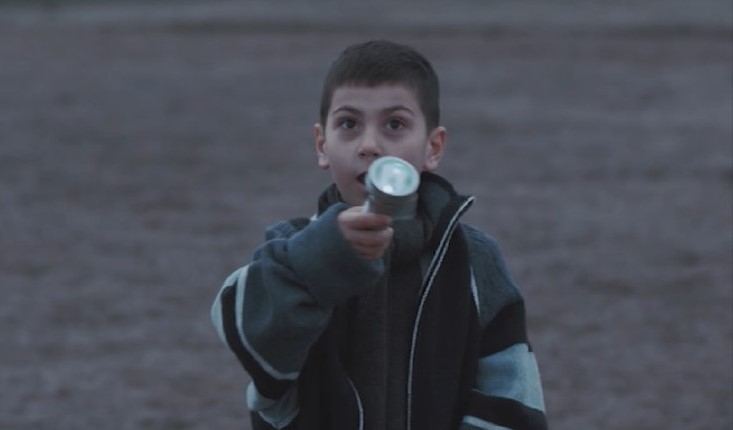 Azerbaijan Television has made a feature documentary dedicated to the Khojaly genocide.

According to the Social Media and PR Department of AzTV, the film produced by the Television’s Cinema Programs and Dubbing Chief Department is entitled “The light of hope”. The film based on a true story is planned to be broadcast on February 26 – on the anniversary of the Khojaly genocide.

“The light of hope,” tells the story of a child named Teymur during the Khojaly genocide.

When Armenian military units attacked the town of Khojaly, Teymur was 6 years old. On the freezing winter night, Teymur, who was peacefully sleeping to his mother’s lullaby, woke up to screams. When he opened his eyes, he saw how innocent people were murdered, how his relatives were scattered on the snow barefoot and bareheaded.

During the evacuation of the survivors via helicopter, Teymur’s mother forgot him in Khojaly. The torch in his hands became his light of hope. It was possible to save the 6-year-old child with the help of the torch.

Teymur recalls: “We were walking together with my family, relatives, and other Khojaly residents who were trying to escape. My father was heavily injured. My mother had a baby in her arms. I was following them everywhere. I just had the power to light the roads with the torch I had taken from our house.

When we reached the helicopter, they told us that first, the wounded and those with babies in their arms would be rescued. There was confusion around the helicopter, everybody was trying to escape. When the helicopter took off, they assumed that I was also on board, but I was forgotten at that time.

I did not know what to do. My last hope was to move the torch towards the helicopter. The pilots, who saw me, landed again and took me on board. I still keep that torch. That torch is the light of hope of my life.”

Teymur, who grew up with a sense of revenge, went to battles during the Patriotic War. It has been reflected in the film.