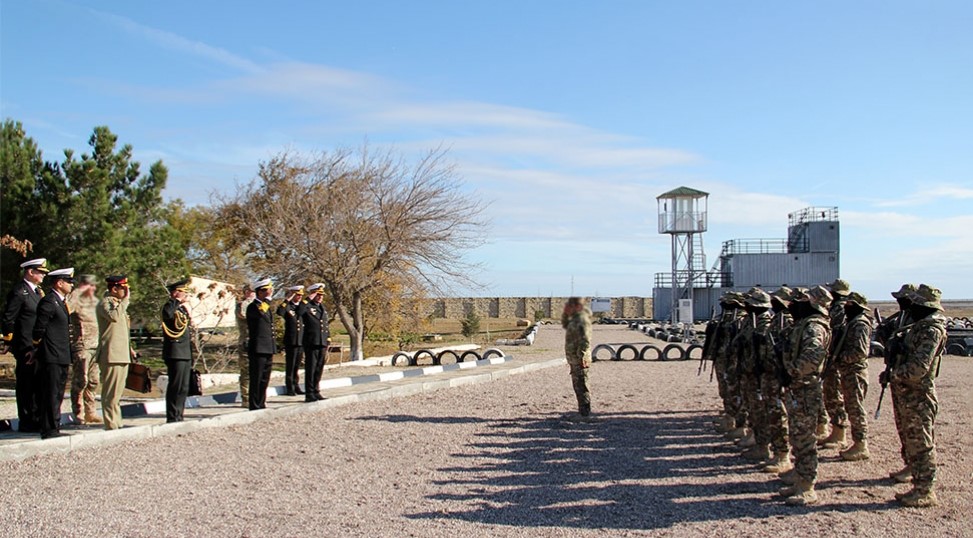 The visit of the Chief of the Naval Staff of the Pakistan Navy, Admiral Muhammad Amjad Khan Niazi to Azerbaijan continues, Azerbaijan`s Ministry of Defense told News.az.

The delegation was given a briefing on the military educational institution’s establishment history, main activities, and educational process.

The Chief of the Naval Staff of the Pakistan Navy signed the military institute’s Distinguished Visitors’ Book.

Then the delegation got acquainted with the educational process at the naval faculty of the Military Institute named after Heydar Aliyev and the conditions created for the military personnel.

Then the delegation visited one of the military units of the Naval Forces.

First, flowers were laid at the monument erected in the territory of the military unit in memory of Shehids, and tribute was paid to their memory.

They were provided with detailed information about the activities of the military unit, the process of training military personnel, and service conditions.

After familiarization with the military unit, an inspection of the weapons and technical means available in the armament of marines was held.

In the end, demonstrative performances of divers of underwater offence and underwater defense units were demonstrated at the training ground in the territory of the military unit.