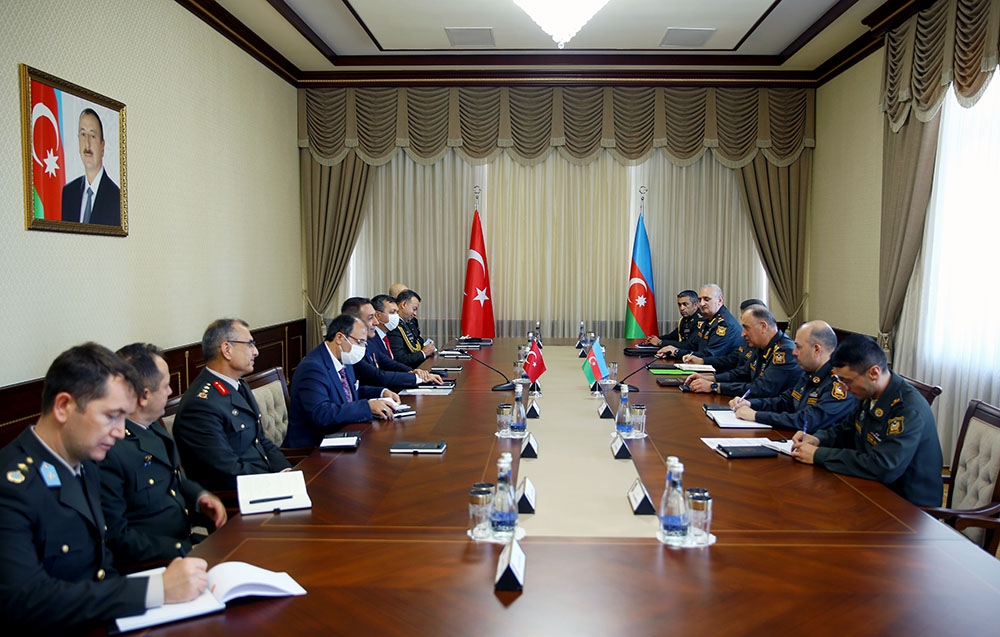 The meeting discussed the issues of developing cooperation in military, military-technical, military-educational and other fields. The sides noted the successful development of cooperation between the armies of the two countries based on friendly and fraternal relations.

In the course of the meeting the importance of joint exercises with Turkey to ensure security in the region, as well as the need to continue activities in this direction, was stressed.

The sides also exchanged views on the prospects for the development of joint industry in the military sphere and other issues of mutual interest.