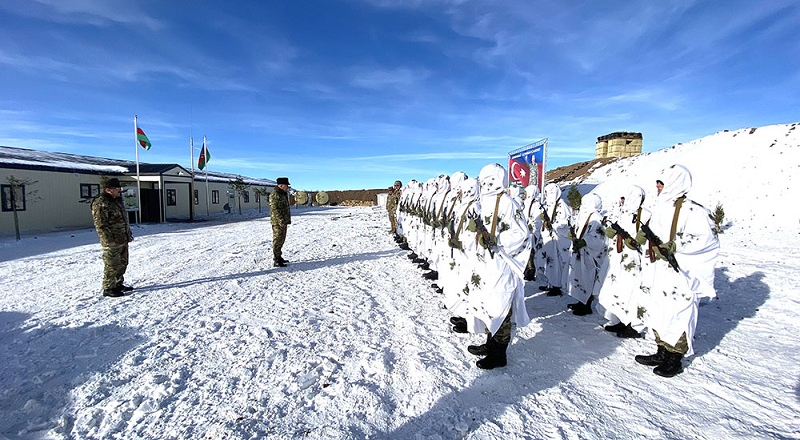 The visit took place upon the instructions of Azerbaijan’s defense minister.

The Chief of the General Staff got acquainted with the conditions created for the formation's staff and servicemen and inspected the newly commissioned canteen.

He inquired about the social and living conditions of the servicemen serving at heights of up to 3400 meters on the state border with Armenia, and after observing the opposing side’s activities from the command-observation post gave additional instructions on the organization and conduct of combat duty.

During joint dinner with servicemen, Karimov was interested about their care and congratulated them on the upcoming Day of Solidarity of World Azerbaijanis and the New Year on behalf of the Defense Ministry’s leadership.

At the end of the event, valuable gifts were presented to distinguished servicemen on behalf of the defense minister.