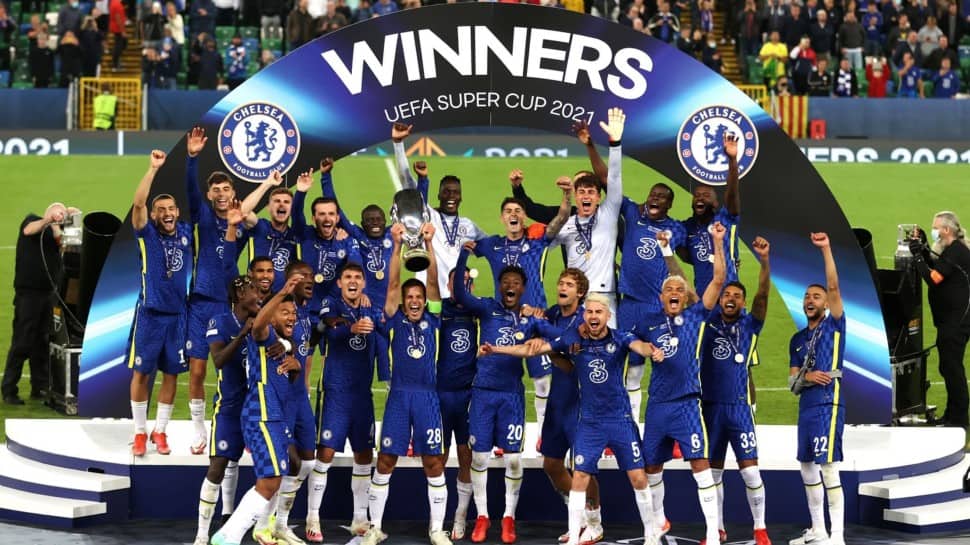 The English club took the lead in the 27th minute at Windsor Park in Belfast.

The Blues' Moroccan midfielder Hakim Ziyech, who was unmarked in the penalty area, put the ball into Villarreal’s net with a left-footed strike.

Kai Havertz made a low pass from the left flank to assist Ziyech.

Ziyech, who scored the opener, was subbed out for a shoulder injury in the first half and was replaced by US winger Christian Pulisic.

Near the end of the first half, Spanish club Villarreal's Alberto Moreno fired a left volley in the far post but hit the crossbar.

In the 52nd minute, Villarreal forward Gerard Moreno hit the woodwork after Chelsea goalkeeper Edouard Mendy saved his shot with his fingertips.

Called "El Submarino Amarillo" (The Yellow Submarine), Villarreal leveled in the 73rd minute as Gerard Moreno finished in the area after exchanging passes with his teammate Boulaye Dia.

Villarreal pressed to make it 1-1.

Regular time in Belfast ended as a draw.

Neither team could score the winning goal during the 30 minutes of extra time, so the winner was decided on penalties.

Near the end of the second half in extra time, Chelsea's goalie Mendy replaced by Kepa Arrizabalaga as a tactical substitution.

For Villarreal, Gerard Moreno, Pervis Estupinan, Moi Gomez, Daniel Raba and Juan Foyth were the scorers. But Aissa Mandi and Raul Albiol's shots from the white spot were saved by Kepa.

Chelsea won the Super Cup for the second time in history.

The Blues previously won this trophy in 1998, beating Real Madrid 1-0 in Monaco.

Then Chelsea captain Azpilicueta lifted the cup in a ceremony as the whole team celebrated their triumph.