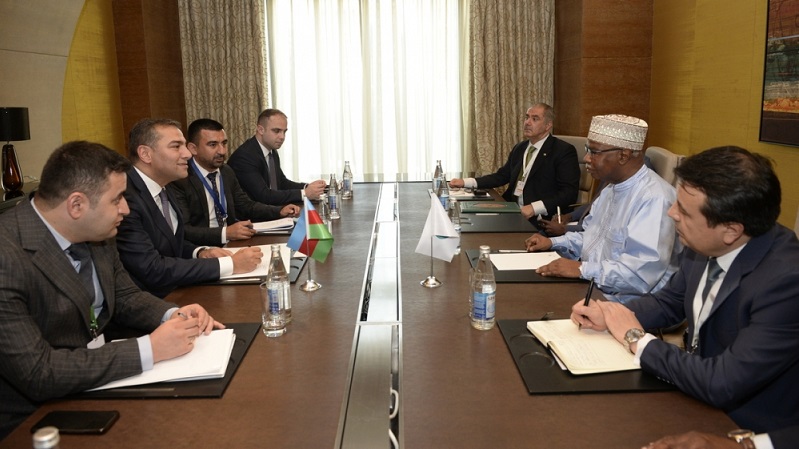 Chairman of Azerbaijan’s State Tourism Agency Fuad Naghiyev has met with Secretary General of the Organization of Islamic Conference (OIC) Hissein Ibrahim Taha on the sidelines of the 11th Conference of the Tourism Ministers of the OIC in Baku, the agency told News.Az.

During the meeting, Fuad Naghiyev expressed his satisfaction with hosting the 11th Conference of the Tourism Ministers of the OIC and thanked the Secretariat of the OIC for its organizational support.

The chairman of the agency provided information to the Secretary General about the reconstruction work underway in Karabakh following the victory, which was gained under the leadership of the Commander-in-Chief, and the tourism potential of the liberated territories, inviting Hissein Ibrahim Taha to Shusha.

Fuad Naghiyev noted that Azerbaijan attaches importance to the development of relations with the OIC, adding that two meetings of the tourism ministers of the OIC have already been held in Azerbaijan.

The Secretary General commended the Azerbaijani side for high hospitality and expressed his confidence that the meeting of ministers on 28 June would contribute to further expanding tourism relations among the member states.