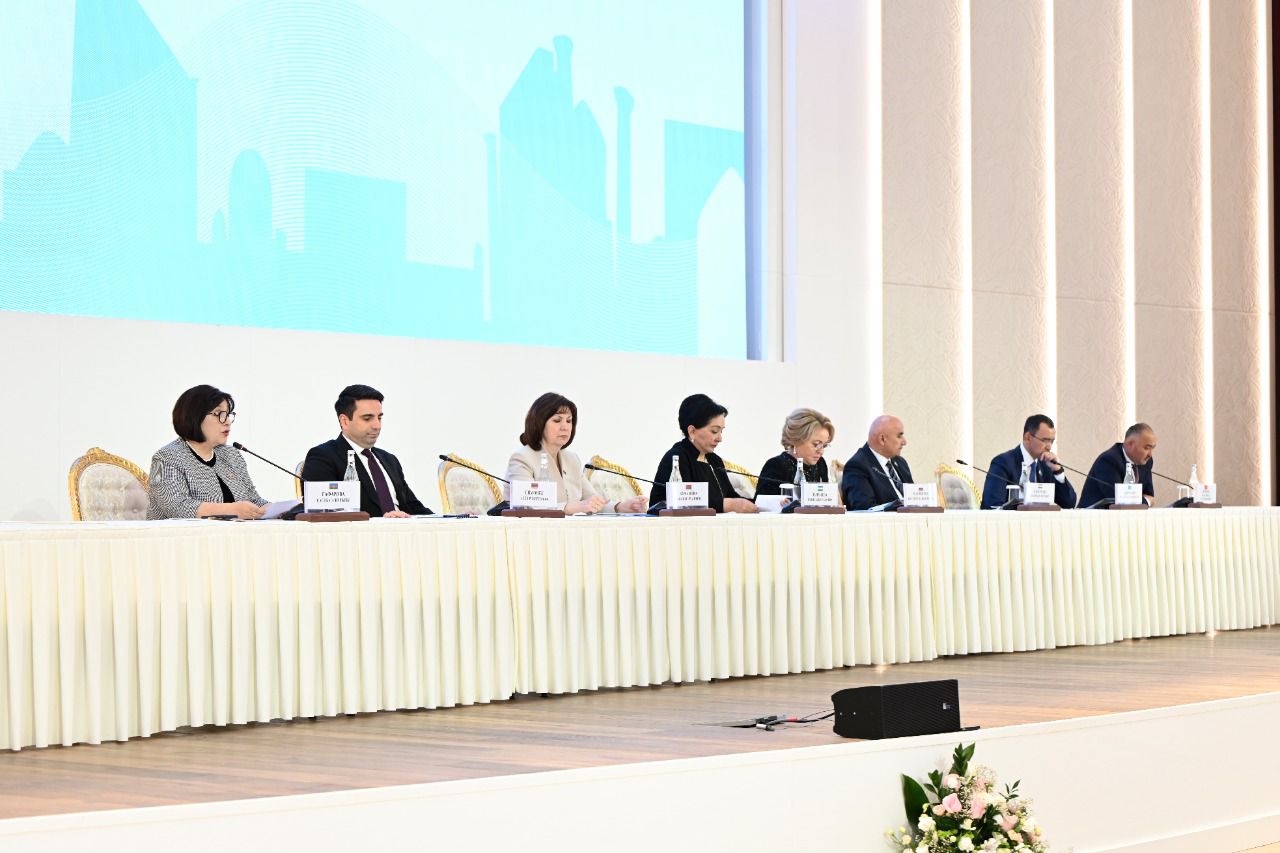 Chair of Azerbaijan's Milli Majlis Sahiba Gafarova took part in a press conference called on 28 October to take a glance at the outcomes of the 54th plenary sitting of the Inter-Parliamentary Assembly of the Commonwealth of Independent States, the press and Public Relations Department of Milli Majlis told News.az.

Mrs Gafarova said it was a pleasure to have revisited the soil of the brotherly Uzbekistan and the splendid Samarkand, the gem of the ancient and rich history and culture of this country. She thanked the Uzbek leadership and Chair of the Senate of the Oliy Majlis of the country Tanzila Narbayeva for their hospitality and arrangements made to ensure efficient work was done. That scheduled meeting of the CIS IPA Council and the 54th plenum of the Assembly had once again demonstrated the keenness of our parliaments in promoting bilateral and multilateral co-operation and in furthering the linkage under the aegis of the CIS IPA, Sahiba Gafarova said.

The IPA is one of the key entities of the Commonwealth; it provides for a continued strengthening of the connexions amongst our states across the board. These two days past have seen productive discussions about a number of issues, three meetings of the Permanent Commission and of the Youth Inter-Parliamentary Assembly. Speaker Gafarova recalled that a representative of the Milli Majlis had chaired the YIPA over the past period and went on to underscore the input that this particular Assembly was making in the cause of enhancing ties of friendship and interaction amongst the youth.