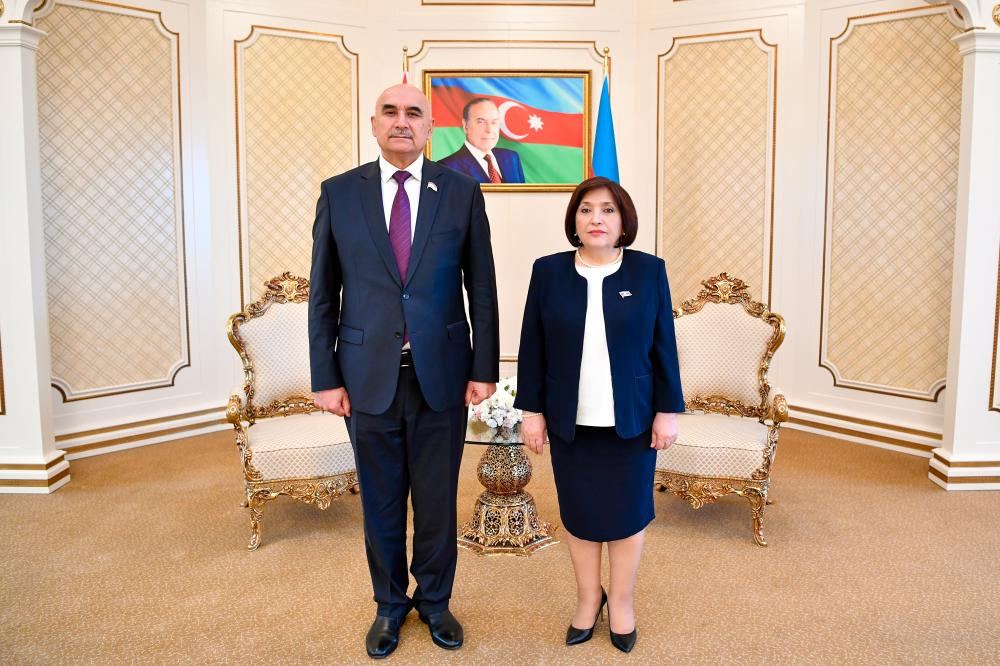 As their meeting went on, Gafarova commended on Zokirzoda’s coming to Baku to join the Third General Conference of the Parliamentary Assembly of the Economic Co-operation Organisation. She told him that our parliamentary delegations’ participation in such international events was very much needed and important in terms of discussing the issues concerning both sides.

The proximity of the cultural pillars of the Azerbaijani and Tajik peoples guarantees that their relations will go on progressing, in the opinion of Gafarova who made a mention of the ancient history of the Azerbaijani-Tajik friendship, too. Azerbaijan intends to continue intensifying the relations with Tajikistan in diverse areas. Conversations conducted during high-status visits from both states and the bilateral documents signed to date are making for an increasingly stronger foundation for the on-going two-way interstate relations.

There are fine opportunities today to continue broadening our economic, cultural and humanitarian co-operation, according to Gafarova.

Chairman of the Assembly of Representatives of the Majlisi Oli Mahmadtoir Zokirzoda thanked Chair of the Milli Majlis Sahiba Gafarova for the cordial reception given to him and for the invitation to take part in the PAECO Third General Conference. He also expressed his appreciation of the hospitality and the high-level arrangement of the event in question. Tajikistan wishes to expand not only political but also economic, cultural and humanitarian ties and collaboration with Azerbaijan whilst the progress of the inter-parliamentary links can prove helpful in achieving that goal, Zokirzoda was saying. Therefore, it is highly commendable that our delegations are engaged in the work of influential international entities and that the two sides are exchanging visits.

Then, the conversation touched on the present state and the growth prospects of the inter-parliamentary connexions and other matters of shared interest.