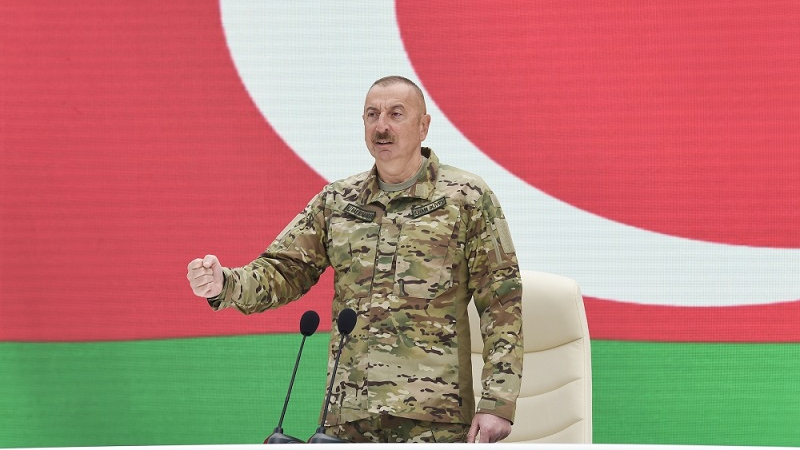 Certain revengeful forces raising their heads there today should know that the iron fist remains in place, Azerbaijan’s President Ilham Aliyev said during a meeting with the awarded servicemen after attending the opening of the Military Trophy Park in Baku on Monday.

“People visiting the liberated lands and foreign visitors can see everything with their own eyes,” said the head of state, stressing that all the liberated Azerbaijani lands will be restored.

President Aliyev noted that Armenian barbarism must never be forgotten.

“We are a very kind people. This is our advantage, but at the same time, one cannot be kind when there is a barbarian in front of you. We must give them an answer that they will forever preserve in their historical memory so that this is never erased from their memory. Certain revengeful forces raising their heads there today should know that the iron fist remains in place and, if necessary, we can strike them in such a way that all this will end forever,” the head of state added.