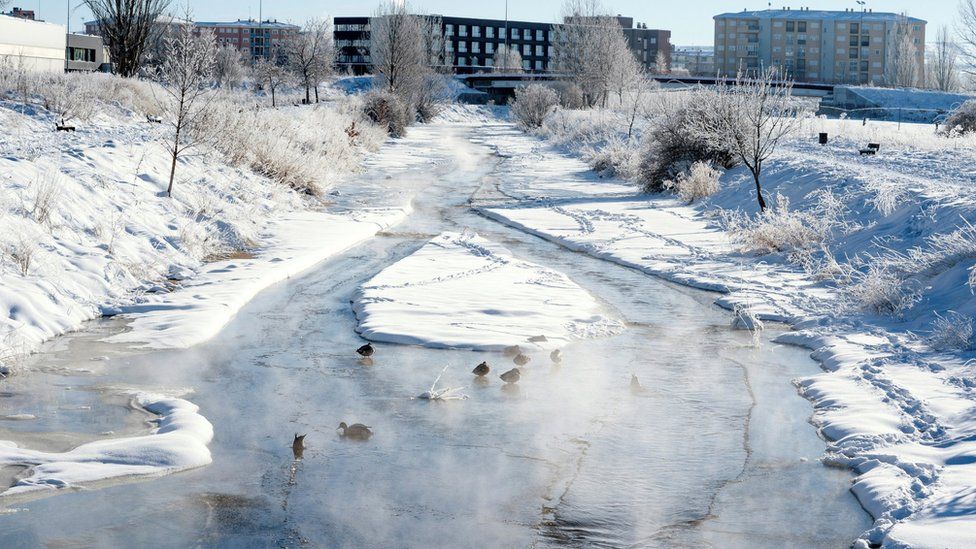 People in central Spain are struggling as a deep freeze follows the weekend's heavy snow, leading to treacherous conditions.

Officials have warned the elderly to stay at home, BBC reports.

At least seven people have died due to the weather - the two latest victims were homeless people in Barcelona.

The temperature plunged to -25C (-13F) in Molina de Aragón and Teruel, in mountains east of Madrid - Spain's coldest night for at least 20 years.

Deep snow left by Storm Filomena has turned to ice, disrupting transport. There has been an extraordinary quantity of snow and ice for Spain, where winters are usually quite mild.

Besides the two deaths in Barcelona, at least five others are known to have died due to the cold: two in Madrid, two in Málaga and one in Zaragoza.

The overnight temperature in Madrid itself fell to -16C, and on Monday the capital's hospitals - already under great pressure because of Covid-19 - struggled to cope with patients who had slipped on the ice, breaking bones.

Medical sources told El Mundo daily that there were 1,200 fracture cases on Monday in the Madrid region's hospitals, caused by accidents on the ice - an average of 50 an hour.

A power cut caused the suspension of the Madrid-Barcelona high-speed rail link, but the service has resumed now, Spanish media report.

Many commuter train services were also disrupted by the extreme weather.

Flights were suspended at Madrid-Barajas airport at the weekend, but they have gradually resumed, albeit with a big backlog and delays.