Caspian oil flow through Baku-Tbilisi-Ceyhan pipeline reaches 3.5B barrels at end of 2020 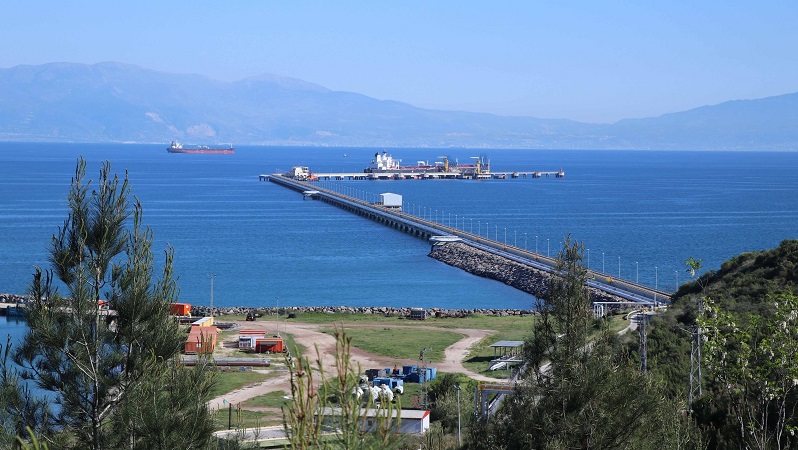 Atotal of 3.5 billion barrels of crude oil had been shipped to the global markets as of the end of 2020 from the marine terminal in the Ceyhan district of Adana province in southern Turkey, the last stop of the Baku-Tbilisi-Ceyhan (BTC) pipeline, according to information provided by Turkey's Petroleum Pipeline Corporation (BOTAŞ) Wednesday.

The pipeline, inaugurated in July 2006 and dubbed the "energy project of the century," carries Azerbaijani oil from the Caspian Sea, in addition to volumes from other countries in the region like Russia and Kazakhstan. A total of 4,659 tankers have operated at the Haydar Aliyev Marine Terminal during the pipeline's nearly 15 years of operation.

The Turkish section of the 1,076-kilometer-long (669-mile-long) pipeline is operated by BOTAŞ International (BIL).

Last year, the company shipped the most barrels in April despite the worldwide lockdowns that decreased the energy needs, reporting 21.3 million barrels, while November was the lowest month with 15.3 million barrels.

In April, several European countries, including Germany, France, Denmark, Italy and Greece started imposing lockdowns and different levels of containment measures with the rise in the number of coronavirus cases. 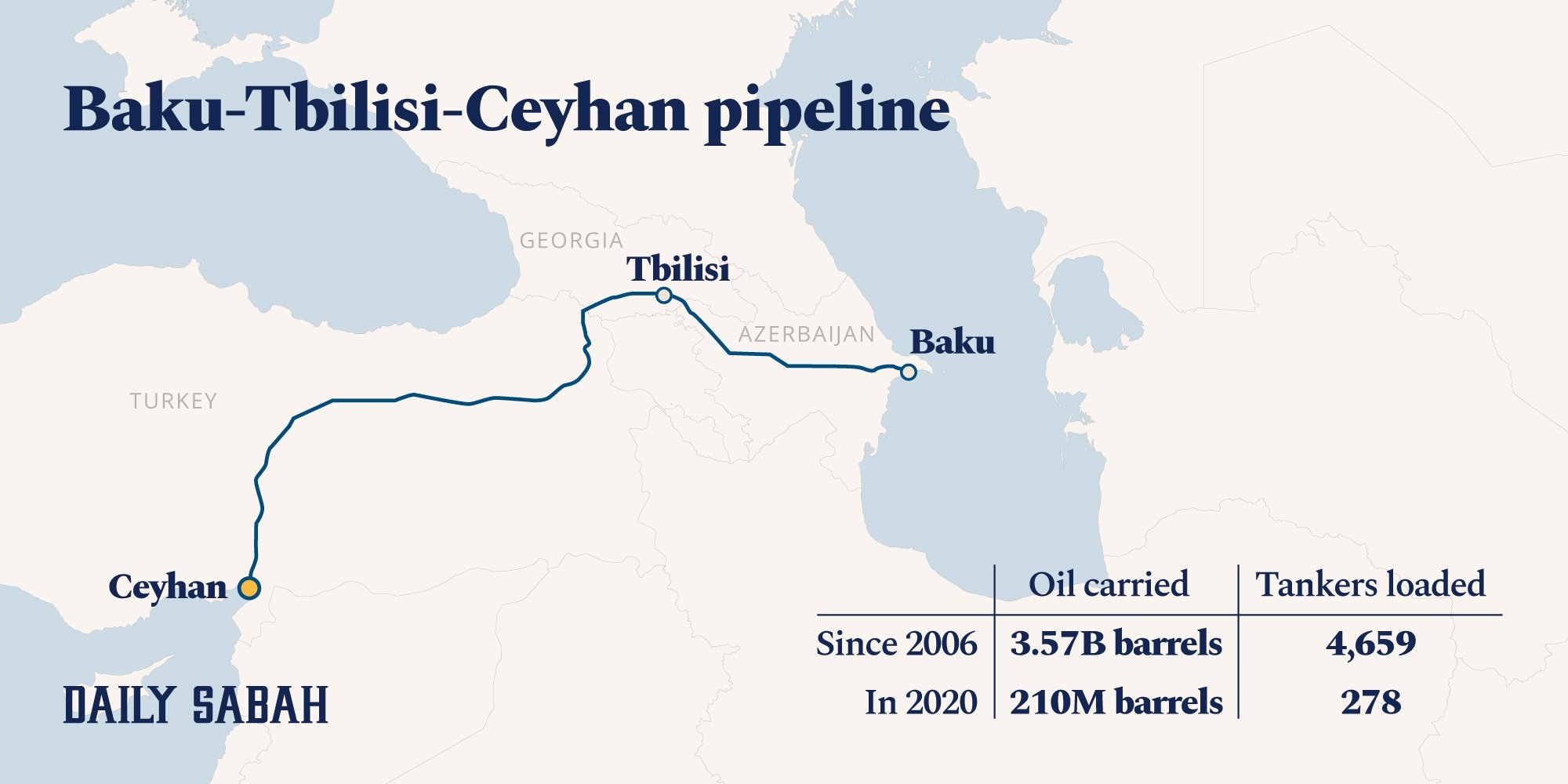 BIL General Manager Nadim Ekiz told Anadolu Agency (AA) Wednesday that the BTC, which has safely transported Azerbaijani oil to world markets since its establishment in 2006, has significantly contributed to Turkey's economy.

Noting that they have operated over 4,600 tankers during the 14 years, Ekiz highlighted that the company has become a source of pride for Turkey for its work in the international energy sector.

"Our institution, which has become one of the distinguished institutions of the Ministry of Energy and Natural Resources, will celebrate its 15th anniversary this year,” he said.

"I believe that BOTAŞ International, which has an important position in the sector, will increase its success in the future with the energy policies determined by Energy and Natural Resources Minister Fatih Dönmez and will make a name for itself tomorrow as it is today," he added.

BIL was founded by BOTAŞ on July 3, 1996, to take part in the global energy sector which is dictated by multinational companies that have a say in oil and natural gas projects, and was assigned to operate the BTC Crude Oil Pipeline in 2001.

The oil extracted from the Caspian Sea is delivered to the marine terminal in Ceyhan via Georgia with the BTC, and from there to global markets via tankers.

The line has a capacity of 1 million barrels per day and 50 million tons of oil per year.

There are seven oil tankers each with an anchor of 100 meters (328 feet), a height of 20 meters and a storage capacity of 1 million barrels; 51 block valve stations, four pump stations and two pigging stations.