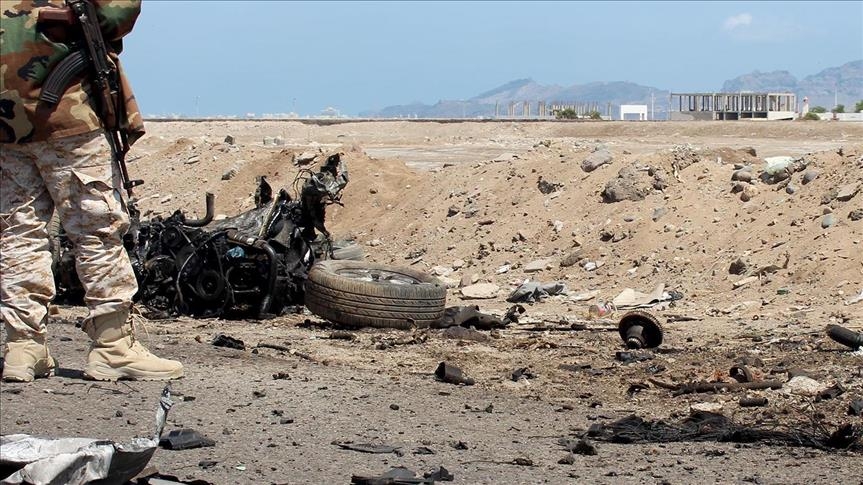 At least six security personnel were killed Monday in a suicide car-bomb attack in Yemen’s southern Lahj governorate, according to local officials who blamed th

“The attackers targeted a government building before being intercepted by security personnel guarding the building,” read a statement issued by the governorate’s public information office.

“The car bomb exploded outside the building before Al-Qaeda gunmen sprayed the area with machine-gun fire,” the statement added.

Six security personnel and three attackers were reportedly killed in the melee.

“The security services are now pursuing the remaining Al-Qaeda elements who fled towards the nearby city of Al-Houta,” the statement read.

It was unclear whether Al-Qaeda had claimed responsibility for the deadly car-bomb attack.