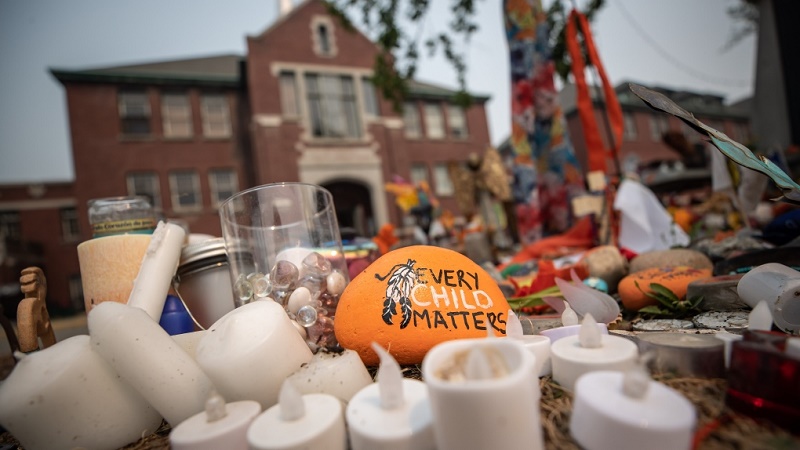 Canada on Thursday held its first National Day for Truth and Reconciliation to honor the lost children and survivors of indigenous schools, following the gruesome discovery of more than 1 000 unmarked graves at two former schools earlier this year, Reuters reports.

The so-called residential school, which operated between 1831 and 1996, removed about 150 000 indigenous children from their families. Some were subjected to abuse, rape and malnutrition at schools in what the Truth and Reconciliation Commission in 2015 called “cultural genocide.”

“I urge you to pause and reflect on Canada’s full history,” said Governor General Mary May Simon, the first aboriginal person to serve as the representative in Canada of its head of state, Queen Elizabeth.

“Do it to honor those indigenous children who experienced or witnessed cruel injustices. Many emerged traumatized, many still suffer pain,” she added in a statement.

The queen sent a message, saying she joined with Canadians “to reflect on the painful history that Indigenous peoples endured in residential schools in Canada, and on the work that remains to heal and to continue to build an inclusive society.”

The discovery of the unmarked graves reopened the deep wounds left by the European colonization of Canada and the subsequent efforts to assimilate indigenous cultures. Today indigenous peoples suffer from higher levels of poverty and violence, and shorter life expectancies.

“On this first National Day for Truth and Reconciliation, we reflect on the lasting impacts of residential schools,” Trudeau said on Thursday, a day after marking the holiday at an event held on the lawn in front of parliament.

“We remember the children who never made it home.”

A ceremony was held in front of parliament on Thursday, and there were similar events around the country. Later, there will be a one-hour national broadcast on the Canadian BroadcastingCorp (CBC) and other channels with the stories and perspectives of those affected by the residential school system.