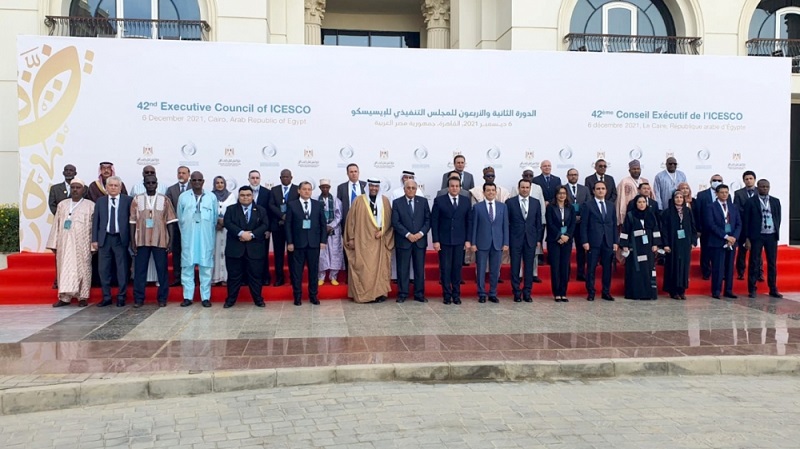 The 42nd session of the Executive Council of the Islamic World Educational, Scientific and Cultural Organization (ICESCO) has today kicked off in Egypt with the participation of 49 out of 51 countries.

The opening session began with the recitation of verses from the Holy Quran, followed by an address by Dr. Khaled Abdel Ghaffar, Egyptian Minister of Higher Education and Scientific Research, Chairman of the Egyptian National Commission for Education, Science and Culture. In his address, the Minister welcomed the participating delegations and ICESCO’s delegation, stressing that the Organization represents the broadest and best-suited framework for constructive cooperation and fruitful dialogue on issues of common interest in the fields of education, science and culture, based on the aspirations of leaders and populations, noting that these fields are the key to the development of human societies.

In his address, Dr. Nawwaf Al-Ajarmeh, Acting Chairman of the Executive Council, commended the effective framework that ICESCO adopts for promoting constructive cooperation and fruitful dialogue on issues pertinent to education, science and culture, following the aspirations of the Islamic world populations to face challenges, particularly those induced by the Covid-19 pandemic.

Salim M. AlMalik, ICESCO Director-General underlined that the Organization strengthened its participatory approach with Member-States and made cooperation one of its strategic priorities by signing agreements with parallel organizations, leading regional and international institutions, as well as prestigious universities in the Member States to host ICESCO’s international chairs.