By supplying arms, Russia is preparing Armenia for war with Azerbaijan – NEW FACTS 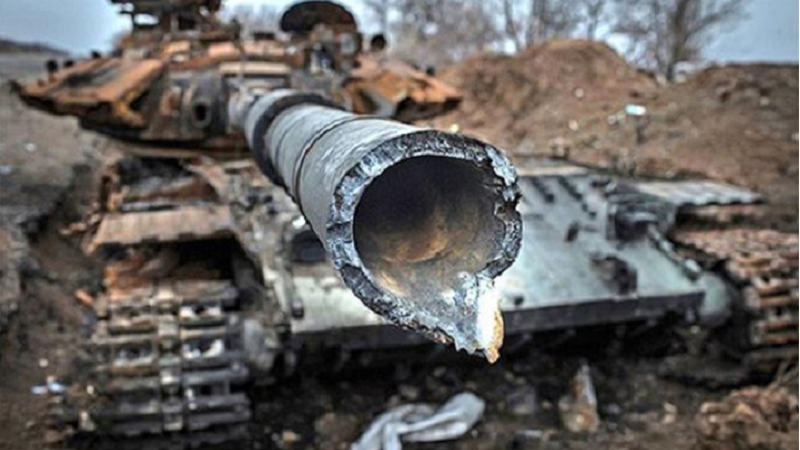 Russia, whose defense minister received a cold welcome in Baku, is threatening Azerbaijan, which united its military power with Turkey, with a major war in the South Caucasus… The South Caucasus region is in the spotlight. The ongoing geopolitical developments around the South Caucasus continue to intensify, which predict that the region will maintain the status of a “dispute” in the foreseeable future.

The article notes that in fact, this [dispute] is not so unexpected. Thus, some huge centers of political will have interests in the South Caucasus region. They [centers] are not going to give up their interests in the region. Due to the geopolitical confrontation caused by the sharp contradictions between these centers, the South Caucasus is faced with the threat of turning into one of the world’s “hotspots.”

It should be noted that Armenia’s recent military adventure has created a new situation in terms of the future of the region. In response to certain backed Armenian military provocations, an Azerbaijan-Turkey union was established, after which Turkey has entered the stage of military deployment in the South Caucasus. The fact that Turkey is one of the key members of NATO, which is a rival of Russia on the international arena, has significantly changed the balance of power in the region.

That is, a new situation has actually arisen in the South Caucasus. The new situation is highly attractive in terms of the shaken geopolitical positions of the Russian-Armenian duo. The Kremlin has begun to realize that Russia’s hegemony over the South Caucasus is in doubt, and the country is faced with the threat of losing this region.

The Kremlin is, of course, not intending to accept this situation and is trying to test all possible scenarios to find a way out of the situation. On the one hand, it [Kremlin] is trying to strengthen Armenia, which is on the brink of collapse, by supplying weapons, and on the other hand, it is striving to bring the Azerbaijan-Russia relations to their previous content and quality with high-level contacts.

It seems that Russia, sticking to its habits, prefers “two-headed games”. For example, immediately after the military provocations recently committed by Armenia in the direction of Azerbaijan’s Tovuz district, Russia has begun air-transporting weapons to the occupant country.

Some reports suggest that Russia’s arms shipments to Armenia have intensified during this period. Thus, since August 15, daily flights have been operated on the route Mineralnye Vody-Mozdok-Aktau-Turkmenbashi-Novoshehr-Rasht-Meghri-Yerevan. IL-76 military-transport planes have been carrying weapons and ammunition from Russia to Armenia. (See the maps attached to the article ...)

Of course, Baku is not satisfied with the Kremlin’s actions. Azerbaijan considers arms supplies to Armenia by Russia, one of the OSCE Minsk Group co-chairs, to be unacceptable. By intensively arming one of the parties to the conflict, Russia is, in fact, becoming an interested one in the process of solving the Nagorno-Karabakh problem.

Therefore, it was not unexpected that Azerbaijani President Ilham Aliyev had touched upon this issue [Russia’s arms supplies] in a recent telephone conversation with his Russian counterpart Vladimir Putin. According to some reports, during the conversation President Ilham Aliyev also expressed his dissatisfaction with the issue and demanded clarification of what happened.

Most likely, the Azerbaijani leader’s insistence on this issue has triggered concern in the Kremlin. Perhaps, given that what happened could lead to a higher level of partnership between Azerbaijan and Turkey, they [Kremlin] found it necessary to improve the situation and comfort Baku. And Russia immediately decided to send Defense Minister Sergei Shoigu to Baku under the pretext of “participating in the opening ceremony of the Sea Cup international contest.” In any case, this is how the Russian media presents Sergei Shoigu's visit to Baku.

However, Azerbaijan is aware of which behind-the-scenes “games” Russia is playing. Sergei Shoigu's explanation of Baku's remarks on the daily arms supplies to Armenia is, in fact, a "game" from A to Z.

Claiming that Russia did not take any steps against Azerbaijan, Minister Shoigu also dismissed reports of the arms supplies to Armenia.

Shoigu further said that IL-76 military transport planes, which perform daily flights on the route Mineralnye Vody-Mozdok-Aktau-Turkmenbashi-Novshahr-Rasht-Meghri-Yerevan, are not carrying weapons to Armenia, but construction materials for Russia’s military base in Gyumri.

I wish that was the case. And it would not be so difficult to believe what Shoigu said. After all, even Russians living in Russia do not believe it…

It is very interesting that what Russia is building at the Gyumri military base, which has existed for many years, and there is a need to transport "construction materials" every day. Even if there is a need for "construction materials" for the base, why do they carry out transportations on such a complex route as Mineralnye Vody-Mozdok-Aktau-Turkmenbashi-Novoshehr-Rasht-Meghri-Yerevan?

Of course, no one believes Shoigu’s statements. Moreover, if IL-76s had really carried “construction materials” to Armenia, President Ilham Aliyev would not have raised the sensitive issue of arms shipments in a telephone conversation with his Russian counterpart Putin and would not have demanded clarification.

Furthermore, it should be noted that President Ilham Aliyev did not consider it necessary to touch upon such important issues as the Russia-Azerbaijan strategic partnership, which are usually emphasized at such meetings. And Russia-Azerbaijan relations were characterized only as cooperation between the two neighboring states.

Of course, such a cold attitude by Baku is not surprising. Because there are some important points, on the basis of which it is not difficult to understand what happened.

This is the first time that Russia has so openly expressed its support for Armenia. In any case, the revelation of Russia’s arms shipments to Armenia on the route Mineralnye Vody-Mozdok-Aktau-Turkmenbashi-Novoshehr-Rasht-Meghri-Yerevan prevented the Kremlin from hiding its support to Yerevan. According to some reports, Russia has transported more than 500 tons of weapons to Armenia over the past 20-25 days.

You must be sure that Azerbaijan will resolutely repel all military provocations by Armenia. Azerbaijan is already the strongest state and the military-political leader of the South Caucasus. Those who hope to put pressure again on Azerbaijan, backed by Turkey – the country with huge military potential – will be disappointed again.

The article was published by Musavat.com online newspaper.