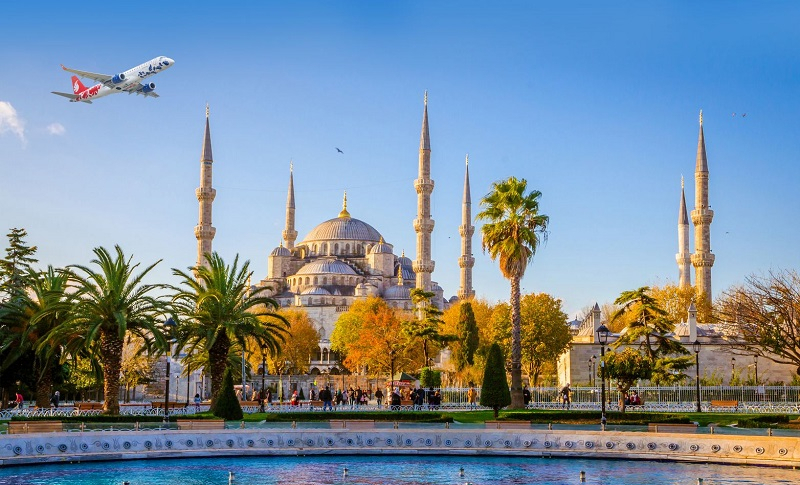 Buta Airways - the low-cost airline of Azerbaijan opens the sale of tickets for special flights operated from Baku to another destination in Turkey - Istanbul. Starting from March 18, the Airline resumes services on the Baku-Istanbul-Baku route.

The flights will be operated to Sabiha Gokcen Airport (IATA: SAW) twice a week - on Mondays and Thursdays.

Taking into account the restrictions imposed and rules introduced due to the epidemiological situation of the country, the Airline offers tickets only at two fares – “Standard” and “Super”.

Both fares include free seat selection and airport check-in options.

Only women's carry-on bags, men's briefcases, or laptop bags (the bags should be used only for their intended purpose) and baby food are allowed as carry-on luggage. Other types of carry-on luggage, including purchases made at Duty-Free stores, are prohibited.

During the COVID-19 pandemic, these flights will be served via Terminal 1 of the Heydar Aliyev International Airport both for departures and arrivals.

Only passengers who are allowed to fly under the current epidemiological restrictions will be accepted on these flights.

In accordance with the decision of the Operational Headquarters under the Cabinet of Ministers of the Republic of Azerbaijan, all passengers arriving in Baku by these flights will have to self-isolate for two weeks.

Also, passengers should ensure that the test results are valid for 48 hours prior to their scheduled flight departure.

In order to prevent the spread of COVID-19 and in connection with the epidemiological situation in the country, persons meeting and seeing off passengers are not allowed to enter the Terminal.

It should be noted that Azerbaijan’s low-cost airline performs flights to Izmir since December 6 last year, and starting from March 19, it will relaunch its operations to Tbilisi.

Buta Airways is the first low-cost airline in Azerbaijan, a structural unit of the “Azerbaijan Airlines” CJSC (AZAL). It was founded in December 2016. The first flight was carried out on September 1st, 2017. The Airline’s fleet consists of modern Embraer E-190 aircraft. The Airline is based in Baku, at the Heydar Aliyev International Airport.