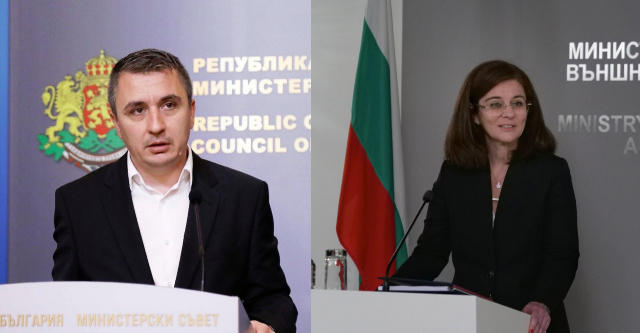 Both officials handed their resignations to Prime Minister Kiril Petkov after their party withdrew from the coalition government last week.

The two ministers said the reason is associated with the decision of There Is Such a People (ITN) party, which nominated them, to withdraw from the governing coalition.

Genchovska and Nikolov said they will continue to carry out the duties of their offices until their replacements are elected, according to the report.