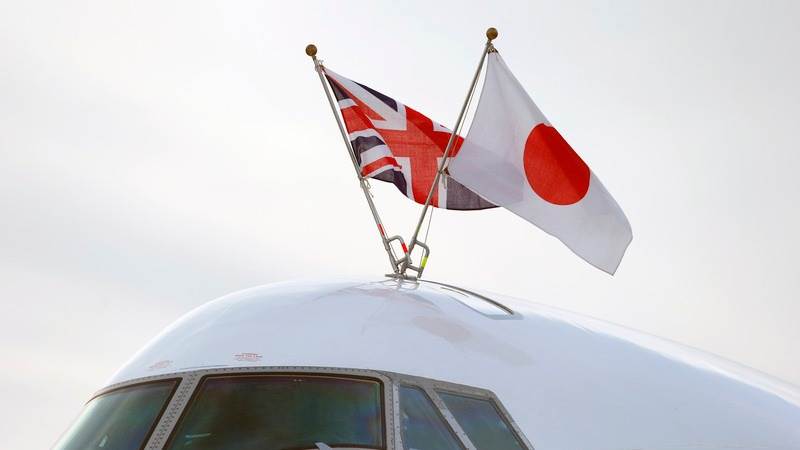 Britain and Japan are set to sign a trade deal on Friday at a ceremony in Tokyo, marking London's first major post-Brexit agreement as it holds an intense round of negotiations with the European Union, AFP reports.

The deal covers sectors from food to textiles and tech and largely replicates the existing EU-Japan arrangement, which will no longer apply to Britain at the end of this year.

The British government has touted it as a chance to boost trade between the two countries by £15.2 billion ($19.5 billion, 16.5 billion euros).

It is due to take effect on January 1 -- the end of a transition period in which London and Brussels are trying to thrash out the terms of their new relationship.

Britain and the European Union resumed their fraught talks on Thursday after the UK ended a week of threats to abandon the long-running negotiations.

EU chief negotiator Michel Barnier arrived in London with negotiators vowing to work around the clock to salvage a trade deal and avert potential economic chaos at the end of the year -- although key sticking points still remain.

Britain's International Trade Minister Liz Truss is in Tokyo to sign the deal with Japanese Foreign Minister Toshimitsu Motegi, after it was agreed in principle by the pair last month during a video call.

Truss said in a statement that Friday's signing was "a landmark moment for Britain" that "strengthens ties with a like-minded democracy, key ally and major investor".

"It secures major wins that would be impossible as part of the EU and brings together two of the world's most technologically advanced nations," her ministry added in a statement.

The UK-Japan Comprehensive Economic Partnership Agreement has been trumpeted by London as a sign to Brexit opponents that agreements can be struck elsewhere.

Japan's parliament will still need to ratify the deal by the end of the year for it to come into effect.

UK-Japanese trade was worth more than £30 billion last year, according to the British government, and their agreement has a particular focus on the food and drink, finance and tech sectors.

But under the terms of its divorce, the country will only be free of EU structures from 2021.