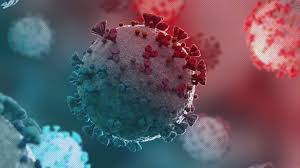 Germany, Italy and the UK announced on Saturday that they had detected cases of the new COVID-19 variant, Omicron, News.Az reports citing Euronews.

The UK reported two confirmed cases that Health Secretary Sajid Javid said were "linked and there is a connection with travel to southern Africa."

The infections of the new variant, which preliminary evidence suggests might be highly transmissible and more resistant to current treatment, including vaccines, prompted Prime Minister Boris Johnson to tighten entry requirements.

"We're not going to stop people travelling but will require anyone who enter the UK to take a PCR test by the end of the second day after their arrival and to self-isolate until they have a negative result," Johnson said during a press conference on Saturday afternoon.

Javid had earlier said on Twitter that the two infected people are self-isolating with their households and contact tracing is being carried out.

"As a precaution we are rolling out additional targeted testing in the affected areas - Nottingham and Chelmsford - and sequencing all positive cases," he added.

He also announced that Malawi, Mozambique, Zambia and Angola have been added to the country's travel red list, alongside South Africa, Botswana, Eswatini, Lesotho, Namibia and Zimbabwe which were added earlier this week.

It means travellers from these countries must book a stay in a quarantine hotel.

Johnson also said that contacts of suspected Omicron cases will be asked to self-isolate for 10 days regardless of their vaccination status and that requirements on face coverings in shops and public transport will be tightened.

The "temporary and precautionary" new rules will be reviewed in three weeks.