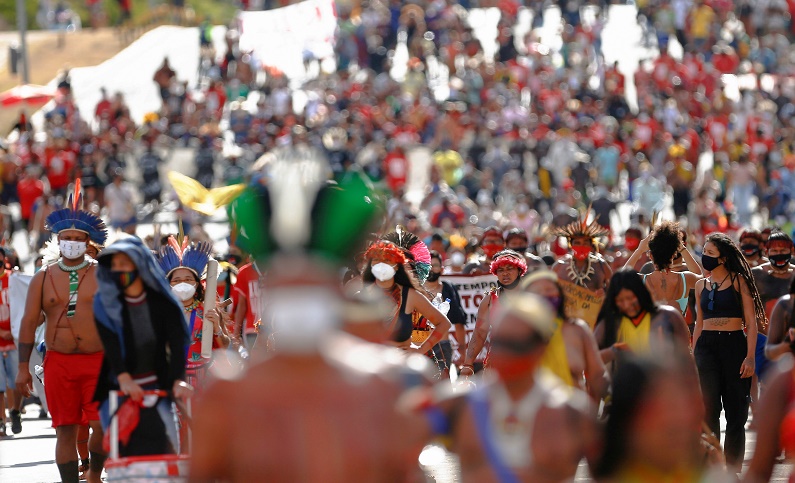 The failure of indigenous peoples in court may set a precedent for President Bolsonaro to withdraw indigenous rights, Reuters reports.

Brazil’s Supreme Court heard arguments for and against deadlines for indigenous people’s claims of land that are critical to their survival, while the government advocated providing legal certainty for farmers in agricultural powerhouses.

The Supreme Court on Wednesday weighed whether the state government had made an overly narrow interpretation of indigenous rights by recognizing only tribal lands occupied by indigenous communities when the Brazilian Constitution was ratified in 1988.

It is expected that this case will be delayed for several days and set a precedent, which will affect hundreds of local land claims.

The aborigines danced and shouted outside the courtroom, anxiously watching the proceedings on the outdoor screen.

Luiz Eloy Amado, an attorney for APIB, the largest indigenous umbrella organization, and of the Terenas, said the rule was unconstitutional because the 1988 Constitution did not have a time frame to guarantee the rights of ancestral land.

“The land issue is of vital importance to the indigenous people of Brazil,” Amado told the court.

He added that if the court does not reject the 1988 deadline, about 800 claims (a quarter of which are in the final stage of recognition) will be put on hold.

Protected indigenous lands provide a fortress against deforestation in the Amazon. The failure of indigenous peoples in the courts will set a precedent for the regression of indigenous rights sought by far-right President Jal Bolsonaro with the support of powerful agricultural interests.