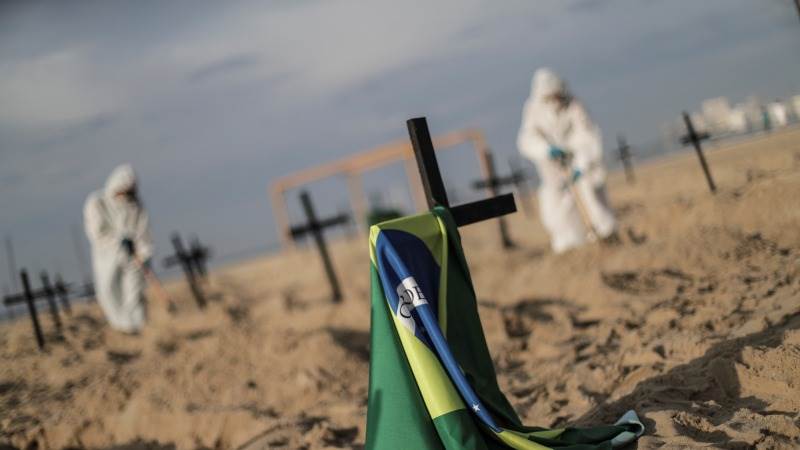 Brazil passed the grim milestone of 180,000 deaths from Covid-19 Friday, as experts warned the country was undergoing a second wave of infections despite President Jair Bolsonaro's insistence the crisis was at the "tail end," AFP reported.

The Brazilian health ministry reported 672 new deaths for a total of 180,437 since the pandemic began, making the South American country the second to pass that threshold, after the United States.

The curves for both infections and deaths in Brazil now show clear signs of an upward trend, after falling somewhat from late August to early November.

Bolsonaro drew criticism from opponents this week for his latest comments downplaying the health crisis.

"We're at the tail end of the pandemic. Compared to other countries in the world, our government was the best, or one of the best, in handling it," the far-right leader said Thursday.

"The president is wrong. I don't know where he got that idea, but no indicator shows that" the end is near, said Christovam Barcellos, a researcher at Brazil's leading public-health research center, Fiocruz.

In fact, infections are also rising sharply again. They surpassed the 54,000 mark Friday, for a total of 6.8 million since the pandemic began.